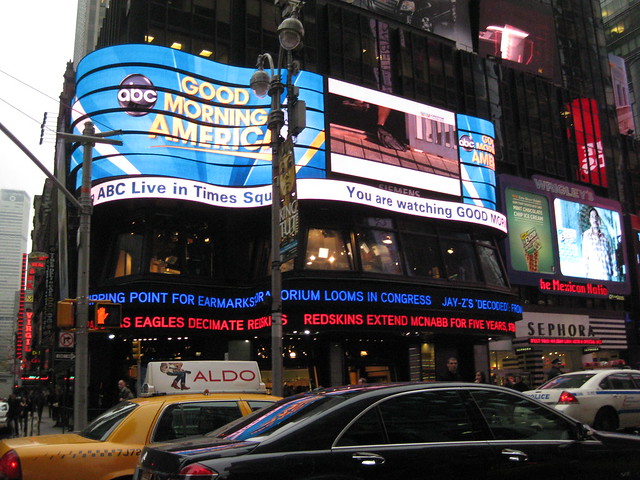 Why the Dance World Just Can’t Drop That GMA Thing

If you haven’t been plugged into the Good Morning America controversy, I’m guessing you’re not in the dance field. Those of us in the industry have been swimming in a mass of outrage and resistance since last Thursday, when Lara Spencer, along with her on-air colleagues and studio audience, shared a laugh at the notion of Prince George studying ballet and loving of the form. This was an instance of adults bullying a child and perpetuating destructive stigmas.

As Lara Spencer has been horrified to learn, if you come for our kids, we dancers snap back. A petition on Change.org, asking that the show produce a segment on the benefits of dance education, has been signed by nearly 35K as of today. Patricia Ward Kelly (Gene Kelly’s wife), Debbie Allen, Rosie O’Donnell, and stars from the ballet and Broadway worlds have posted personal calls to Spencer and/or their testimonies of growing up in a miseducated, unsupportive, and sometimes threatening environment as a dancer. As people continue to share, #ballet4boys and #mendancetoo have been two of the trending hashtags.

I am proud of our industry for garnering our energies. We are seizing this opportunity to have a national and international conversation on the critical importance of dance education and anti-bullying. I hope that we squeeze as much out of this opportunity as we possibly can for the benefit of the next generation of dance artists, audiences, and peers. We are holding media to account. We are speaking truth to power. We are doing whatever we can to hold the space for any dancer to come into the studio if they wish; more importantly, we are doing whatever we can so that when they go to their schools and neighborhoods, they can do so not only safely, but with a level of support and recognition for their contributions.

Spencer has apologized on Instagram with vague support of individual freedoms and using an image of a field of wild flowers. She was wrong and is starting to recognize the harm done, but her generic response came off as insincere and/or insufficient to most. Spencer received so much flack on her apology that she felt it best to disable comments. Think what you will about her post, an on-air apology would be much better.

That said, an on-air apology would just be a Bandaid approach to the situation. The issue is bigger than Spencer. What she might not fully understand is the depths of the toxicity that she and the producers/writers tapped into with that segment, her banter, and her condoning of the audience’s response. This transgression was egregious enough, and the opportunity big enough, that this moment has become a moment to re-educate the American masses. At least to try.

As the online petition author, my respected friend and peer Jeff Poulin, wrote,

“We do not simply call for an apology on behalf of Lara Spencer, Good Morning America, and ABC, but rather we wish to see a future segment focus be on the benefits of dance education on young people, especially men and boys.”

The folks at Good Morning America seem to be listening. On tomorrow’s show, Spencer will talk to Travis Wall and perhaps the professional dancers planning a flashmob dance class (dance demonstration) in front of the GMA building. Rumor is Spencer will even take a dance class on air. I truly hope she doesn’t take the typical “oh, this is so much more difficult than I thought” route. Virtuosic athleticism (physical capacities in strength, stamina, grace, speed, and flexibility) represent just a fraction of what dance offers a person. The art form instills complex patterning and pattern recognition, full comprehension of the subject matter explored in the choreography, strong recall and memory, kinetic empathy and presence, compositional intention, self-trust and personal agency, layered non-verbal communication for an attended audience, honest personal expression, grit, storytelling, discipline, capacity to work across cultures and languages… with decades of research into those outcomes and more.

In addition, I hope that the show doesn’t push the narrative that it’s only okay if men dance if they take their shirts off or maintain a certain level of machismo. Some dancers are Swayze and Baryshnikov. Some dancers are gay, bisexual, or queer. Some transgender, gender non-conforming, or gender fluid. Some dancers specialize feminine roles and explore the multiplicities of femininity in their movement. Some dance masculine roles and explore the multiplicities of masculinity in their movement. While some dance as a loved embodiment of a powerful or an elegant woman, others dance to embody a “man” who can both bound in the air and support his lady. For some dancers, they long for the day when dance education, particularly in ballet, loses its archaic gendered-ness altogether.

A colleague wrote a post that put it very well,

“This is also on the dance community. At the basic level, classes are not marketed as gender-inclusive. We close-in the definition of what a dancer looks like and who a dancer is. I strongly encourage you to use some of these incredible dancers and groups as the springboard to your re-education on dance: BalletBoyz, AXIS Dance Company, Michaela DePrince, Kidd Pivot, Roberto Bolle… countless more. Let’s all try a little bit more educated.”

Perhaps taking this opportunity for dance advocacy on a national platform will scratch at the surface of our harmful culture. I have lived years abroad in places such as Egypt, Bosnia-Herzegovina, and the U.K.; in these countries, society doesn’t question boys and girls, men and women studying ballet or dancing ballet professionally. Actually, the problem lies in ballet’s popularity stemming from the form’s perpetuation of classism and ablism, hetero-normative insistence, cultural violence and racism, and past/present acts of colonization. In the countries where I have lived, the question was not can boys dance ballet, as much as it was Can large children dance ballet? Yes. Can children with disabilities dance ballet? Yes. Can children with black or brown skin dance ballet? Of course. Can conservative Muslim, Hindu, Jewish children dance ballet? Yes. Is ballet better or more important than tap, footworking, or flamenco? Absolutely not.

So no, we dance educators shouldn’t just drop this GMA thing. This is a moment to seize, a wave to ride, a bandwagon to jump on. I recently met with the Trump-appointed new chair of the National Endowment for the Arts; I’m thinking that agency, along with Americans for the Arts and the National Dance Education Organization, can play a role this week. While we shouldn’t counter bullying with bullying, or ignorance with ignorance, we definitely can work with media allies to create change within our industry as well as out in the greater public. Good thing there are so many of us. I’ll be tuning in tomorrow, and let’s see where we go from there.

A New Project with and for Our New Neighbors

8 Things to Do About the Islamophobia in the Dance World