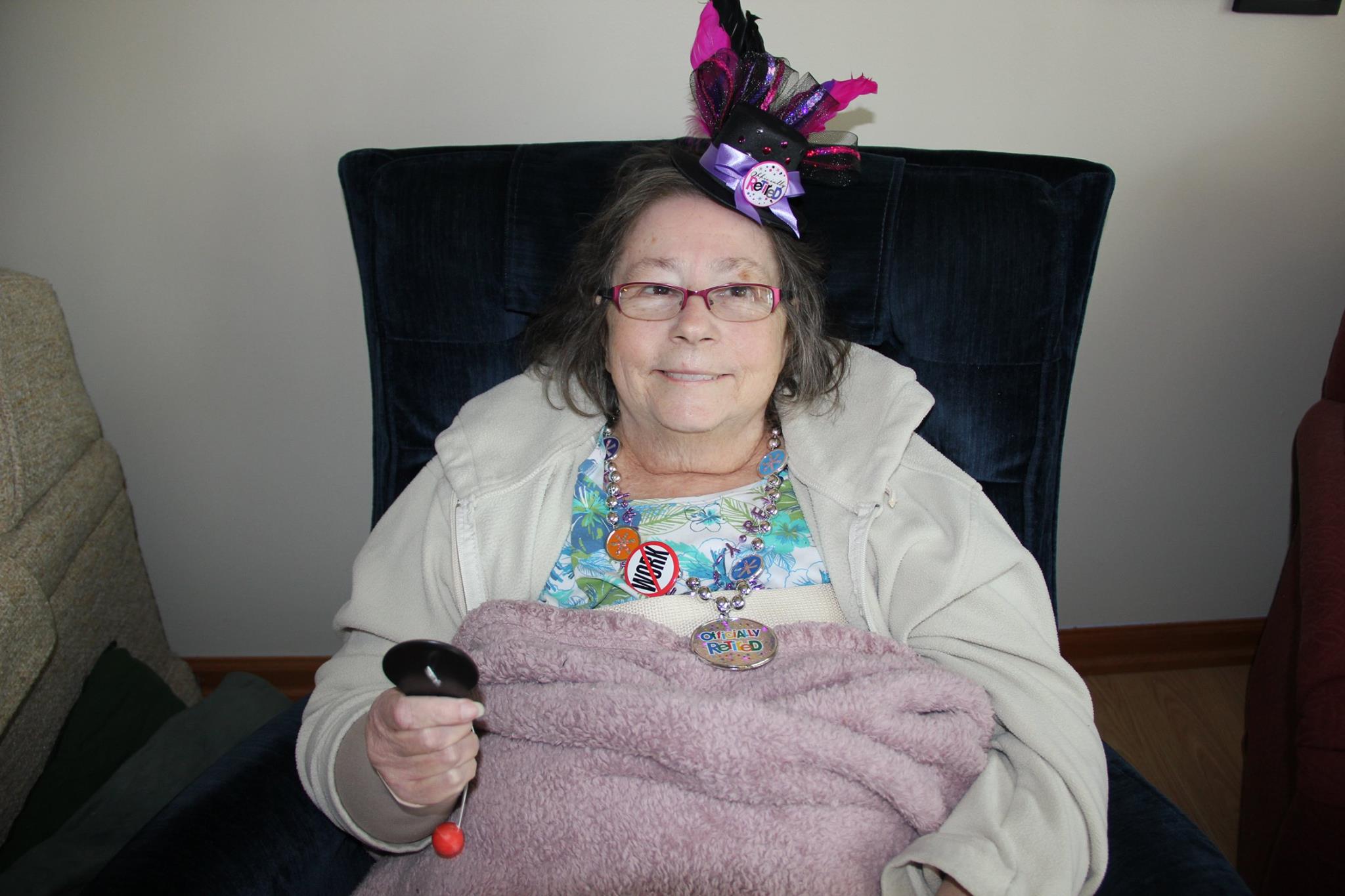 The Phase of Life When We Lose Our Moms

My mother knew loss. At the beginning of her senior year of high school, her father died tragically in a motorcycle accident. Then when she was in her early 30’s, my mother lost her own mom to colon cancer. In all honesty, she had lost her mother in some capacity years prior, as my grandmother had struggled with depression since the death of her husband.

My mom Kaye (born Kay, but later added the ‘e’ herself) was the oldest kid of five. Through it all, she kept her hippie arms open for her brothers and sisters as well as for their kids and their kids. We became a much racially and religiously diverse family over time. She was there for us all.

She gave birth to me in 1978 and I had a birth defect, Craniosynostis. I was much to handle financially and emotionally. My mother tells the story of me going into skull surgery at 2-days-old without anesthesia, just a frozen pacifier, her holding much hope that I wouldn’t be brain damaged, or wouldn’t die. She was happy my surgeon had been on President Kennedy’s team in Texas. She was a great mom. And last week, she died.

As I grieve alongside my family, I know we are not alone. So many friends of mine have lost their mothers this year; I can count at least eight recently. With social media,  the phases of life intensify as we experience them more visibly alongside our peers. There was the dating and general worldly frustration phase. Then the career accomplishments phase. Then the “everybody is getting married” phase, followed by the “all my friends have kids” phase. Now, me and friends seem to be losing our mothers. In the vein of sharing, I want to share what it was like to lose mine. She loved when I blogged about our experiences, and she was sure that writing helped others out there. “Lose” seems both precise and inappropriate as a word. In any case, the world lost Kaye Ann Lent when she was 65 years old. 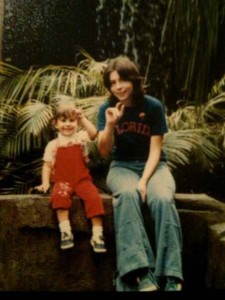 My mother was diagnosed with Atrial Fibrillation and breast cancer in 2012. She underwent a double mastectomy with lymph nodes removed, several rounds of chemotherapy, and radiation treatment. She had no evidence of disease for a year and a half. Then they found tumors on many of her bones (six at that point, I believe) including three on her back but she continued to rally every time. My dad and her remained jokesters. He nicknamed her “Boobs” and I have never known a stronger name.

One tumor in her leg broke her femur while she was standing at the ATM a couple years ago; she rallied back to walking just about two weeks after that surgery but was made to retire from work despite her not wanting to. The tumor behind her eye gave her double vision for awhile, but she rocked the eye patch. Her swelling and neuropathy remained very bad, but she rallied back into doing puzzles and crocheting. Her appetite was especially poor, but she forced herself to eat when she could. Her mobility was effected and the tumor in her hip was excruciatingly painful, but she wouldn’t let on. Her walker was her “little buddy” and she often lost track of where he was because she would walk so often unassisted. 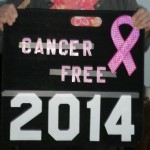 In August 2017 the medical team stopped the chemotherapy treatments because it was effecting her heart. Since then, she had been doing a regular bone enhancement treatment. She was rushed to the hospital in early 2018 because she had a mild stroke and was been showing symptoms that seem like dementia. They did a CT scan and MRI, confirming the cancer was in her brain. She forgot our names, her passwords, and basic language. When my aunt suggested she name me because she had named me the first time, my aunt said, “What about Shawn?” Mom dismissed that as boring. We all laughed. And then she rallied. The palliative radiation brought relief and her memories and cognition back. Yet, we were told the cancer was moving into her organs. She went home and had a ride on the speedboat that she and my father had recently purchased.

In late July 2018, she was rushed to the hospital for the last time. Her blood pressure was 47/27. She said she was fine. Our family all came to sit with her, and she joked about hosting a party. Her humor and generous spirit were rock solid; she even had the chaplain who gave last rites laughing. When she seemed to be passing, we whispered in her ear that she could go now. We played “American Trilogy (Glory, Glory Hallelujah)” by Elvis, as she had requested. Unable to open her eyes, she gave us a sassy wave goodbye that brought the whole room into laughter. She never liked being told what to do. 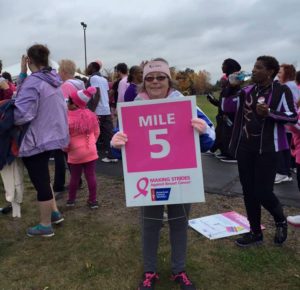 We held her hand and cried into Nurse Dorothy’s arms in the hallway, on rotation all night long. Nurse Dorothy had lost her own mother just a couple months before. In the morning, mom rallied again. She sat up and continued her jokes about the cute Nurse Joe’s butt. Every time the medical staff asked about her pain, mom said 7. But when they asked about the level of the disgust in the food, she said 9. Then mom declined again. Once again, we held her hand on rotation all night long. We told her she could go and played her song, but she kept saying what sounded like “nah.”

She hid her pain gracefully. I thought she might be wanting to rally again and was looking for signs that this was the case. Yet the next day, she was only breathing and being, on her own time. Her eyes were crusting shut. We were disturbed by a faint gurgle that we were told was normal. I went to the parking lot to decide about at-home Hospice. They told me there was a chance the ambulance ride would be painful or that she might die en route. My dad suddenly decided he needed a haircut, and his (mom’s) car broke down on the way back.

When we all finally returned to the hospital around 5pm, mom and God had decided she was passing. The seemingly young Nurse Kayla sat with us this entire time and described what was happening, which turned out to be a much needed play-by-play full of grace.

Mom unexpectedly opened her eyes at that point, saw us, let out a single tear, then closed her eyes and died peacefully as dad and I held her hand. The room cried. I felt something that I thought was only true in movies. I felt her spirit leave her body, immediately sensing her strength, like I had a parachute lifting me up. Within seconds, I no longer felt her in the room or in her body. She was within us and everywhere at once. That’s the moment I lost my mother and gained something beyond words.

Her jokes continue past her death. When Dad (a die-hard University of Michigan fan) and I entered the funeral home with trepidation, she made sure the first thing we saw was a giant Michigan State coffin. We were laughing already. And when she knew Dad would need to keep busy in order to process losing the love of his life, she sent him a project in the form of that speedboat flooded under two feet of water. 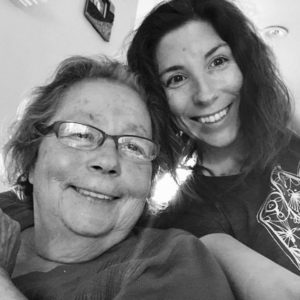 They say she is in a better place, that she is no longer in pain. Those sentiments are hard for me to hear. She was 5’0″ with 11 tumors but even more will and humor. She loved her family and this world. Yet I know her pain-free disposition was mostly for our benefit. Now she is with her God, her parents, the babies we’ve lost in this family, and all of your parents who have passed.

Bereavement has begun for us. From release and relief, to a debilitating weight of sadness, it has already been an uncontrollable process. To all of you who have lost a parent, I am feeling you and sending much love.

Speaking of love… Love you, Mom!

My 2018 Resources for Social Practice Artists

How Can We Get From #IDidntReport to Critical Social Change?