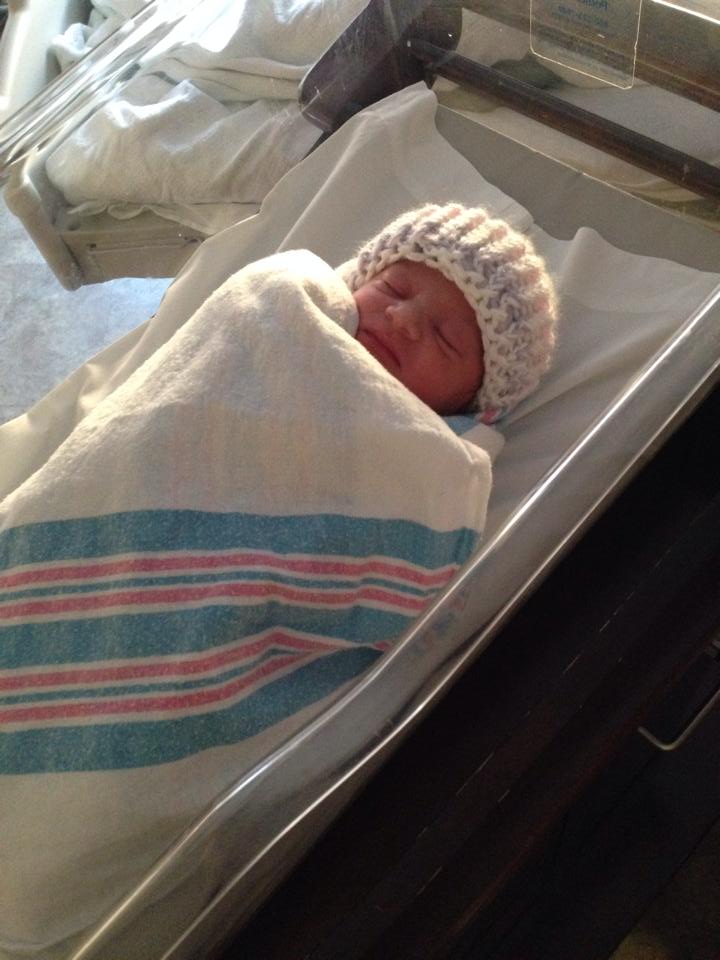 The Most Beautiful Gay Thing I know

His fiance and him disagree completely on this issue and they don’t know if they should get married.

He says that if their child claims he/she was gay, that he would love him/her and that’s why he would want to help fix the problem. Maybe a psychiatrist would be needed. Our friend said it wasn’t based on religion. It is just that this is a conservative country and that no one is born gay. It is the society or the environment that leads to gay behavior. Like in Saudi Arabia where there is a lot of gay behavior due to the social separation of the sexes. Or in the States, where gayness is condoned everywhere.

That’s what what our friend thinks.

I opened my mind in order to hear him out. I countered some of his points and then told him that the most beautiful gay thing I know is my friends’ decade-long marriage. 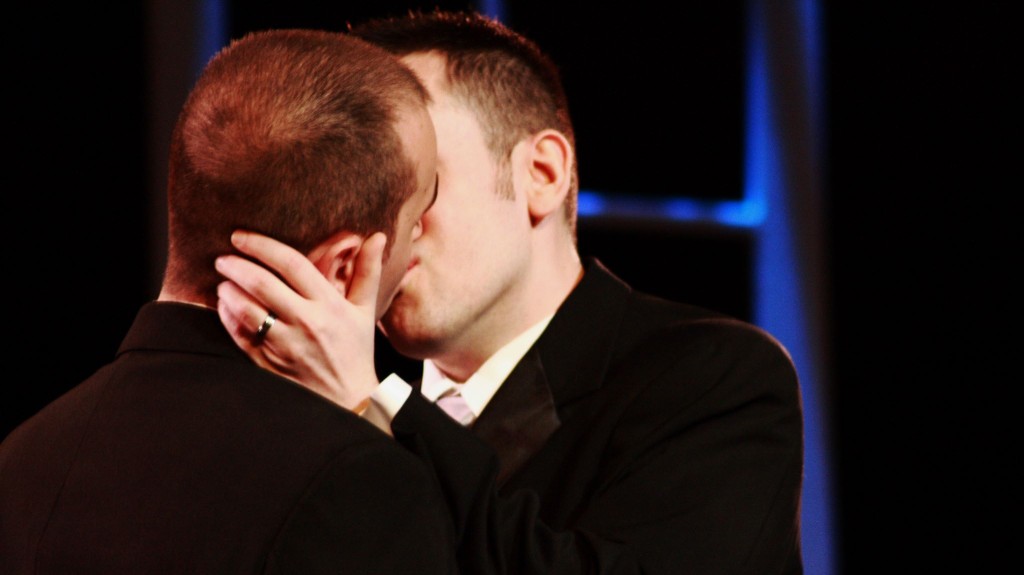 As I was getting married myself four months ago, I thought “I want a marriage as beautiful as theirs.”

Robin and I grew up together. We went to the same special high school academy in the afternoons. We did plays and musicals together. We hung out together. He was there when I was dropped off at college. Then he came out. And grew into himself in a way I couldn’t have predicted. He found happiness. And love.

Robin and Jason were married in a lovely and honest ceremony with both families present. I was also honored to be there and to help them pick out their wedding registry. I even danced at their wedding with an original piece I choreographed where their button-down shirts were symbolically tied together. 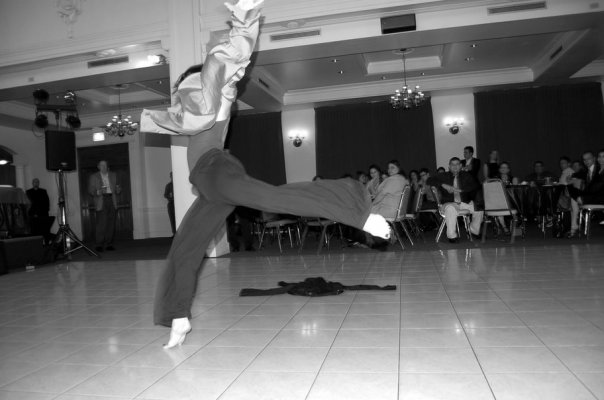 They sang to one another. They laughed until they cried. They smashed the cake in each other’s faces. Dudes’ dudes, Catholics, theatre folks, lil’ kids…they were all there. It was a beautiful wedding.

And the marriage grew from there. 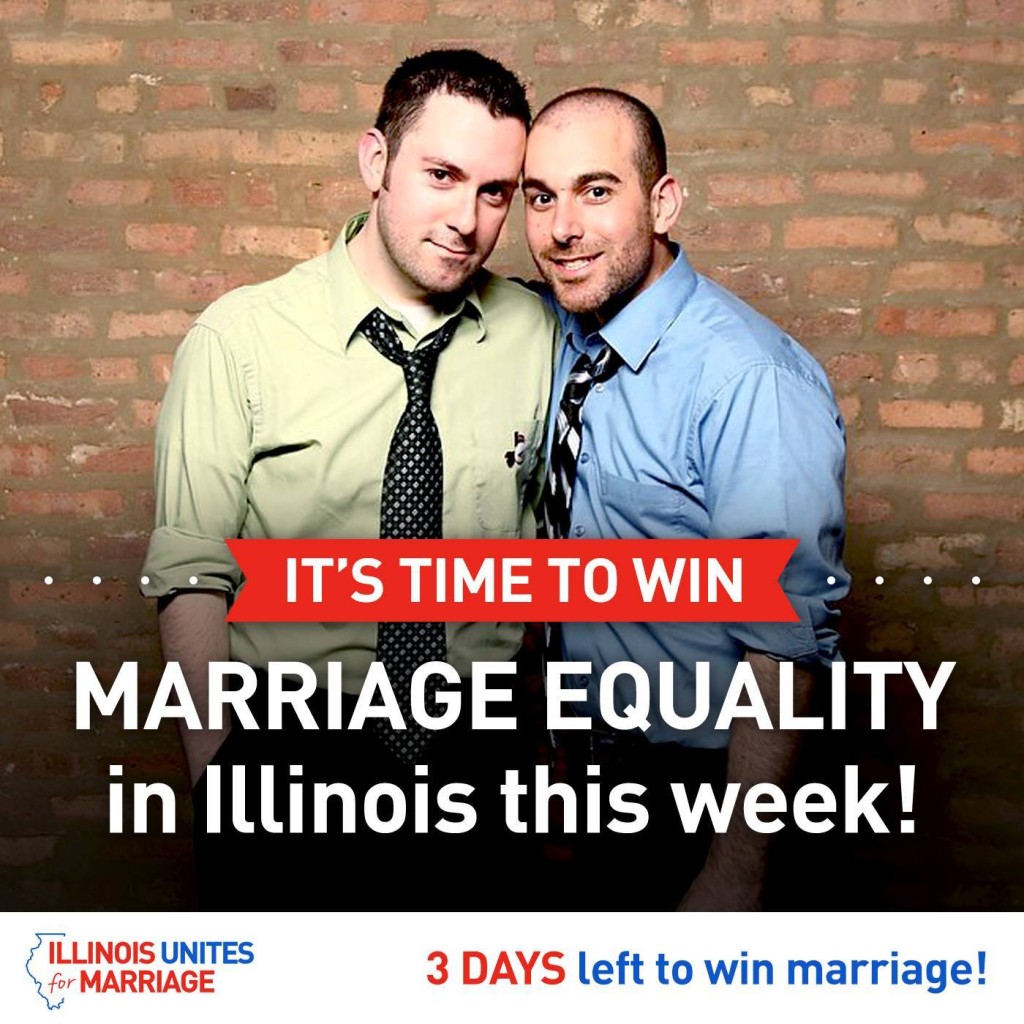 Both Robin & Jason did, and continue to do, much for the LGBT community politically and culturally in Chicago. Years went on: I didn’t see Robin & Jason as often. I myself continued donating to the Human Rights Campaign and advocating for LGBT rights, including marriage. I also worked for About Face Youth Project and worked with teens who had been homeless because of their sexual orientation. My circle was proudly transgender, gay, lesbian, queer.

Then I moved to Egypt.

Homophobia is prevalent here. While anti-gay laws are not a death sentence as in Uganda, the social fabric here is thickly anti-gay. Even during the Arists’ Sit-in last summer, while having discussions with artists of all backgrounds, they all shared strongly homophobic sentiments. I was actually shocked by some of the things they said. The Queen Boat raid and the Cairo 52 was a notorious case here. And recently, four Egyptian men were charged of the “crime” of gay sex and sentenced to 23 years in prison.

In a country so un-awaringly homoerotic. 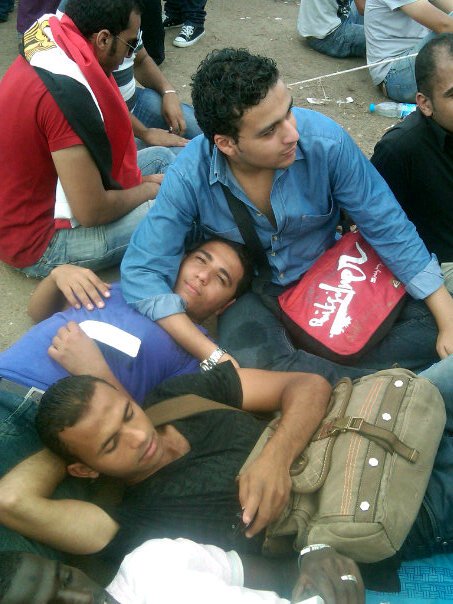 I first really thought about gay rights here when a fellow Fulbrighter was having many difficulties. Even though he was legally married back in his state, his husband could not get qualified as a dependent because Fulbright is a federal program. Whereas opposite-sex spouses of Fulbrighters received travel allowance, living expenses, invitations to trips, discounts, medical insurance, etc.; his husband got nothing.

But great news came out a couple months ago…

“Same-sex spouses of U.S. citizens and Lawful Permanent Residents (LPRs), along with their minor children, are now eligible for the same immigration benefits as opposite-sex spouses.”

I came home from that quick trip to the beach last weekend to open Facebook and find out that Robin & Jason had a baby.

So when Egyptians talk to me about what to do if a child says he/she is gay, I know that what I want for my own children is for them to be as happy (and as much themselves) as Robin & Jason.

Their daughter has found herself the center of a masterpiece of a family.

Don’t Make a Drug Pun in a Commencement Speech