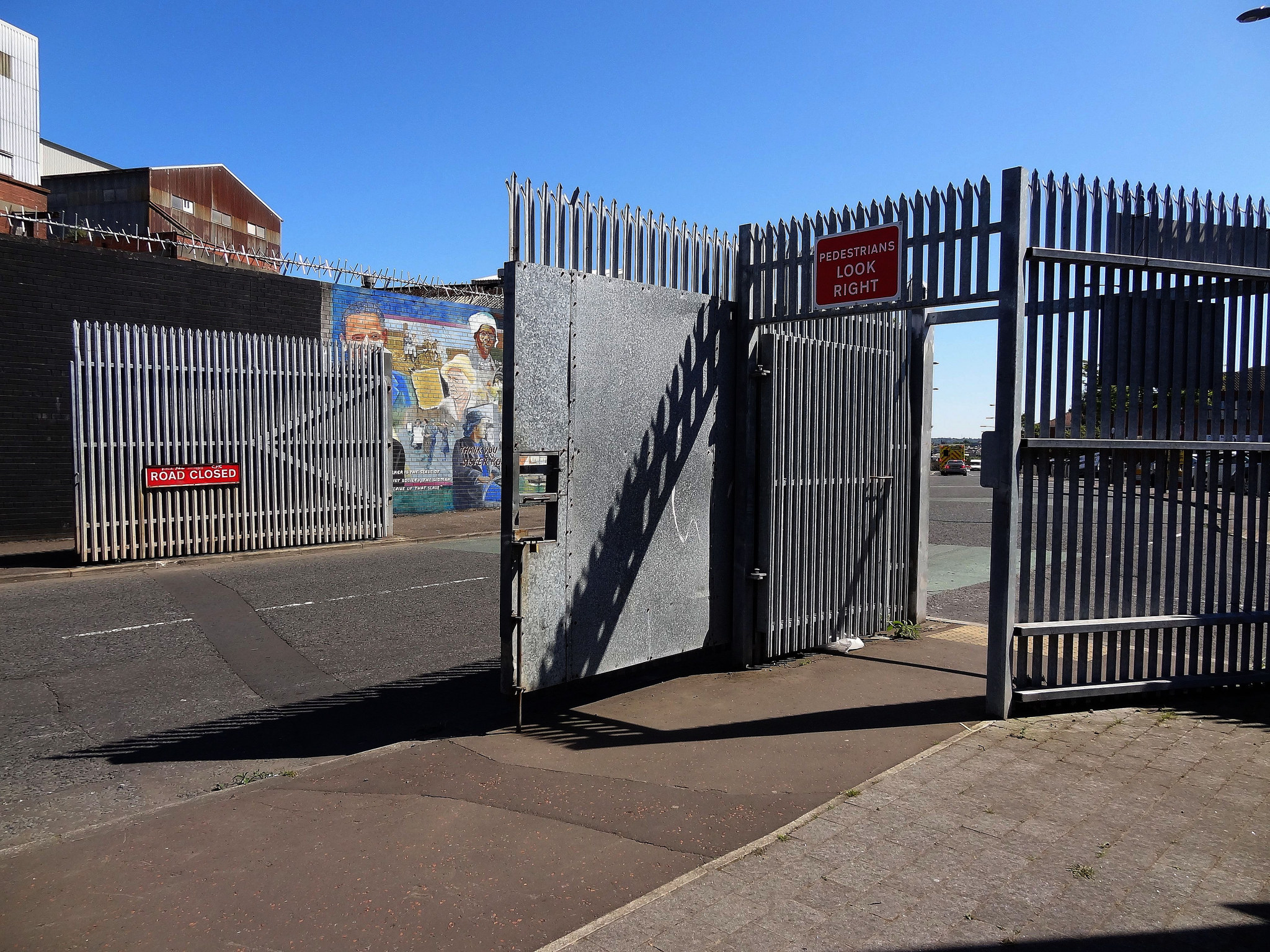 Example 1. A peace wall still divides the city of Belfast in two, as a physical insistence of societal difference. Only recently are pieces of the peace wall starting to be knocked down, mostly due to a lack of diversity caused by living for decades with the wall. “One thing you hear a lot in Protestant communities is, ‘The wall comes down, then they [Catholics] will move into our community and we will continue to move out,.”

Example 2. A border wall separates Israelis and Palestinians in a grotesque and contested manner, both on the claimed borders and within cities. In Hebron/Al Khalil a couple years ago, the Israeli police asked me my religion so that they knew which side of the wall of apartheid to direct me to walk on. No further comment necessary here.

Examples 3. Massive Indo-Myanmar, Indo-Bangladesh, Afghanistan-Pakistan, and Russia-Ukraine walls are currently under construction. While people suffer economically, public funds are being prioritized for these large objects of division. Will they see the same fates as the walls of China and Berlin?

With these examples I ask a general questions: When a society constructs a wall, is it constructing sovereignty and safety, or rather building misunderstanding and otherness? Walls perpetuate dual narratives, animosity, and otherness. They never build trust.

I am not going to talk about the feasibility of the proposed US-Mexico border wall, but I do have something to say looking specifically at the proposed Trump administration budget which decimates programs like the arts and international cultural exchange to boost the military and build the wall.

When people share in a creative experience that moves them in body, heart and mind in a common space, peace is possible. My work centers on this with the intention to design the dance intervention most relevant for the needs and assets of a certain place, time and population. There is an existing body of research showing that personal healing and community change can take place through dance. Embodied learning has proven value in several philosophies of education, “Through movement we come in contact with external reality, and it is through these contacts that we eventually acquire even abstract ideas” (Montessori & Costelloe, 1966).

Philosopher Richard Shusterman coined the word “somaesthetics” which provides the beginning of a new matrix for a positive body consciousness and “essential element in the philosophy of nonviolence and the quest for less violence against bodies” (Fitz-Gibbon, 2012). Phenomenologist Maurice Merleau-Ponty adds a theoretical perspective, “The body is not only the crucial source of all perception and action but also the core of our expressive capability and thus the ground of all language and meaning” (Merleau-Ponty, 1962).

When I lived in East London September 9, 2001 through to 2003, I was there in a youth worker role as an artist and evangelical Lutheran. The community is mostly Bengali, Pakistani, Afghani, Indian, Muslim and Sikh. I was the only American around. It is a economically disadvantaged neighborhood on the far East End. On 9/11.

Apart from leading dance and music workshops, I alone disarmed a young man I knew, getting him to put his large knife down at a heated moment of retaliation as he stormed in a rage down the street. I pulled a 16-year-old from a burning, stolen car as his friends had left him there injured when they ran from the impending police. This was late at night and I was the only person there, locking up the building when I heard the crash and ran outside to help. Twice, I held young men’s hands and wounds as they bled from knife injuries and waited for the ambulance. Often, I worked with the police to report the thefts and drug sales these young guys were involved in. I am 110-115 lbs and 5’1″ and only know what I know.

It didn’t matter that I was a White American and these were Muslim South Asian/Arab young men, and this was the aftermath of September 11th. Well, it did matter in one big sense: we trusted one other enough to listen and learn from one another about race and religion and theories on both ends. The arts did what force could not. We did our jobs barehanded. 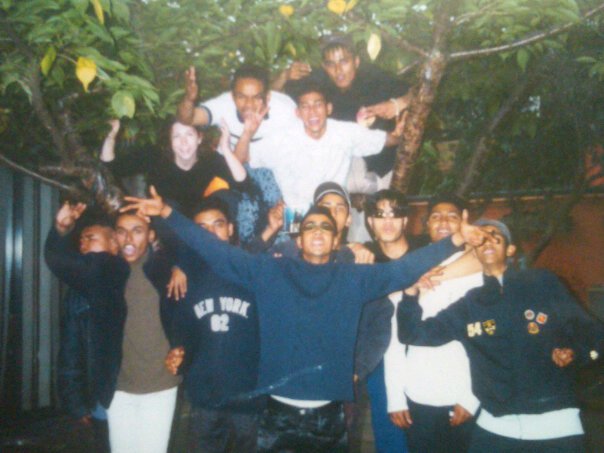 London, UK. I’m the lady in the tree.

In Egypt, I led dance workshops at the US Embassy Cairo, collaborated with Egyptian artists on programs for the Children’s Cancer Hospital, and served as a lecturer in dance as a US Fulbright Scholar. In addition, I served as the national coordinator for EducationUSA, the US Department of State’s international education advising and promotion service. In that capacity, I had the unique honor of receiving an award from the Ambassador for innovation and excellence in using technology and personally engaging tools in work with students, scholars, and artists in Egypt, encouraging them to study in the US.

I also learned from Egyptians and was protected by them. During an Anti-American rally, strangers even made me tea. Strengthened borders and bans will not keep Americans as safe as relationships, empathy and trust. All are fostered through the arts.

I know that in both these circumstances I described above, both in predominantly Muslim communities, I directly and positively shifted people’s perceptions of America. I know I boosted peace and safety between America and other countries. And I did this as an artist… at a fraction of the cost.