Do They Dance in Dagestan?

Baku, Azerbaijan is between Dagestan and Iran on the Caspian Sea. This is the South Caucasus. The landscape is dotted with oil rigs. It is a newly rich place. Since 1991, Azerbaijan has been an independent republic. The name of the country derives from “The Land of Fire” in Persian. Eternal flames (natural gas burning) emerge from the rock. Pipelines connect Azerbaijan to Turkey, the world.

And it shows up in the art. 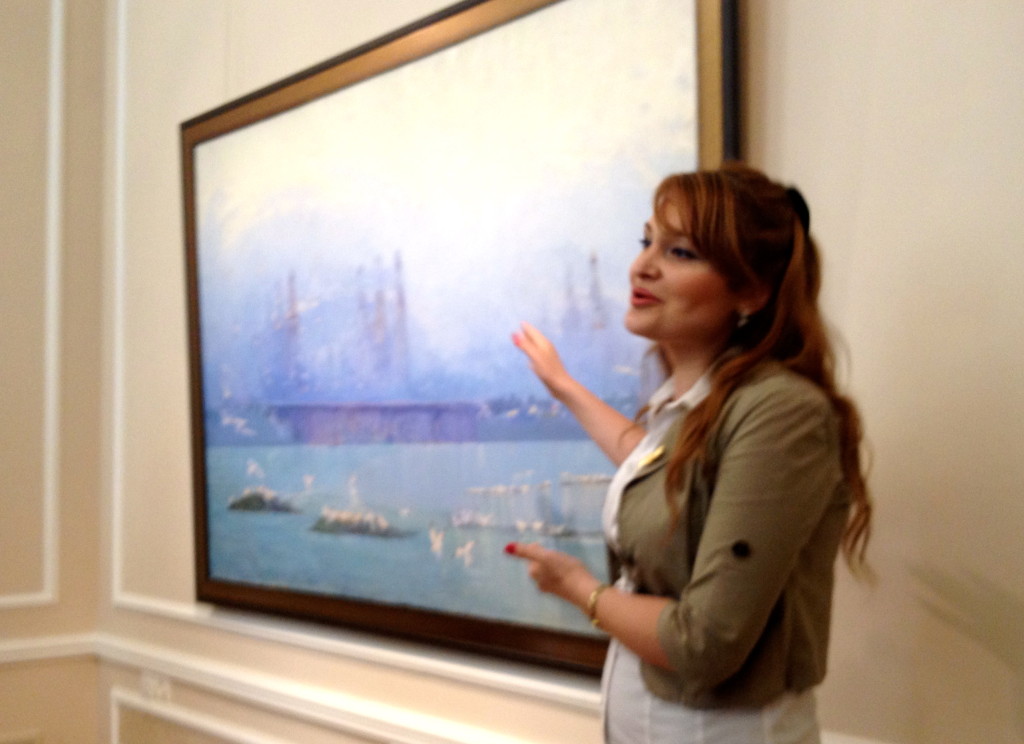 “The Caspian Sea in the Evening” oli on canvas 1959, Sattar Bahlulzade

Baku is odd. Culturally Schizophrenic. Azerbaijan is a secular state and ensures religious freedom but has been predominantly Christian, Zoroastrian, and is now 95% Muslim. I could see the border with Iran from the air. Azerbaijan consists of the second largest Shi’a percentage after Iran but is far less culturally conservative. Imagine Turkey plus Iran plus Doha plus post-Soviet. You can almost taste the anti-Armenianism in the air. But children laugh freely. Baku, the capital, is launching a tourism push.

One street feels like Paris or Barcelona: Dior, upscale ice cream, and Apple Stores. In the tourist part of town, facades have been pasted on to the Soviet-era constructivist buildings with various European styles.

One street is from the 14th Century but is juxtaposed by the ultra-sharp contemporary architectural projects. Several other sites, though polished and impressive, seem contrived.

Azerbaijanis roam through the longest boulevard in the world, in view of the largest flying flag in the world. The authoritarian hand of government holds the population is tight. A land of strictly enforced rules, from crossing the street to reusing a fork for the next course. Hotel and the government need copies of your passport and boarding pass stubs. You walk where they say you can walk. You leave when they say you leave. When, without warning, they put a beautiful long-stemmed rose in your hand, you must place this rose at the feet of the statue of the republic’s beloved hero president, Heydar Aliyev.

The state-run machine also hit me personally. The Government of Azerbaijan denied the U.S. Embassy’s request on my behalf to visit the children’s hospital and facilitate a dance workshop for the oncology ward. I was so deeply disappointed. Yet there was nothing I could do without taking massive risks. I eventually found out why my request was denied. The Minister of Health (centralized figure that makes those decisions and approves) is away and no one is allowed to make decisions on his behalf.

In any case, the Government of Azerbaijan did provide our World Forum on Intercultural Dialogue delegation with a charter flight, all amenities, as well as multiple experiences to see dance while here this week. We were treated to… 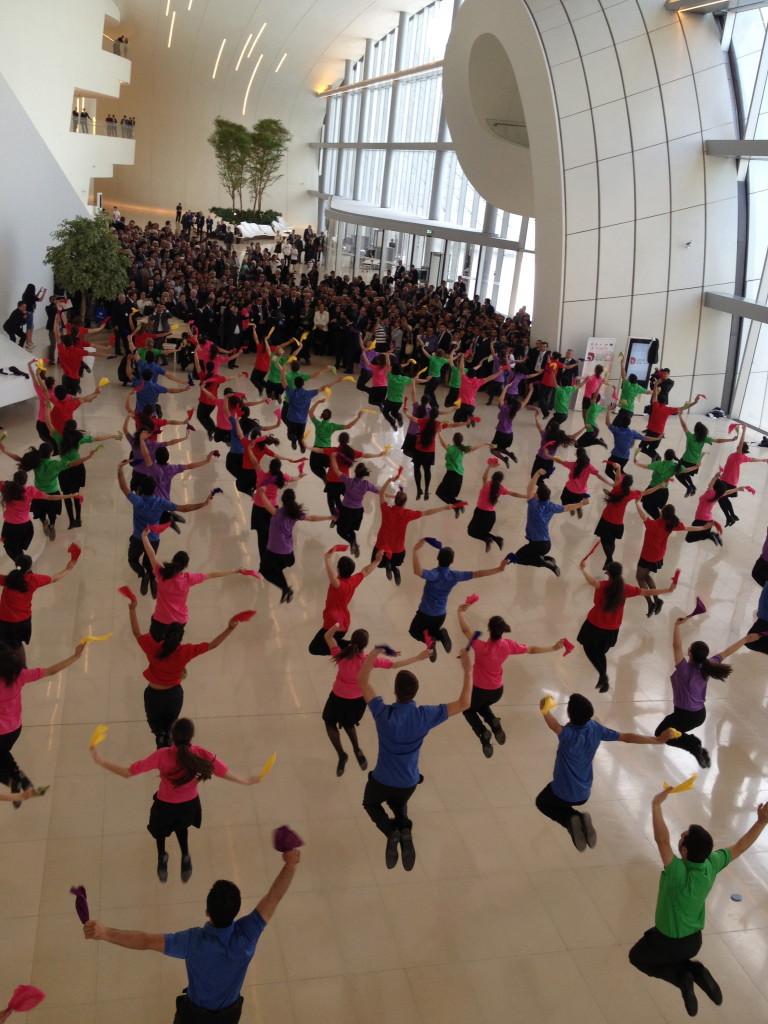 which my international colleagues thoroughly enjoyed but quickly dismissed as a bit of fun. 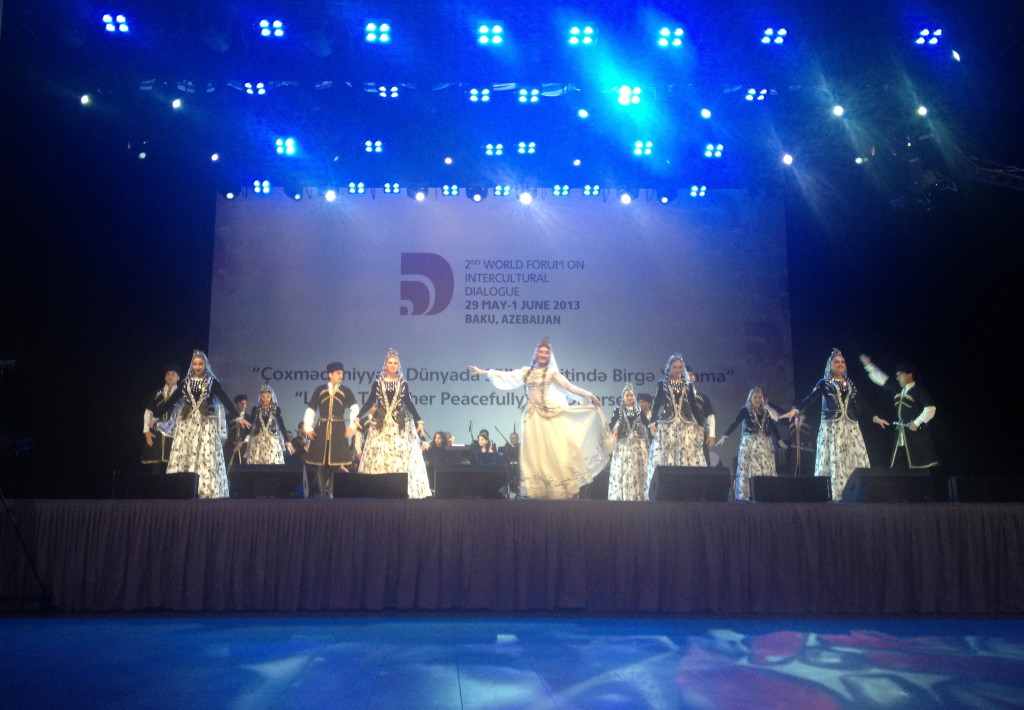 An evening of traditional dances (including 20 costume changes)

which my international colleagues appreciated but mostly missed because it was background entertainment during dinner. 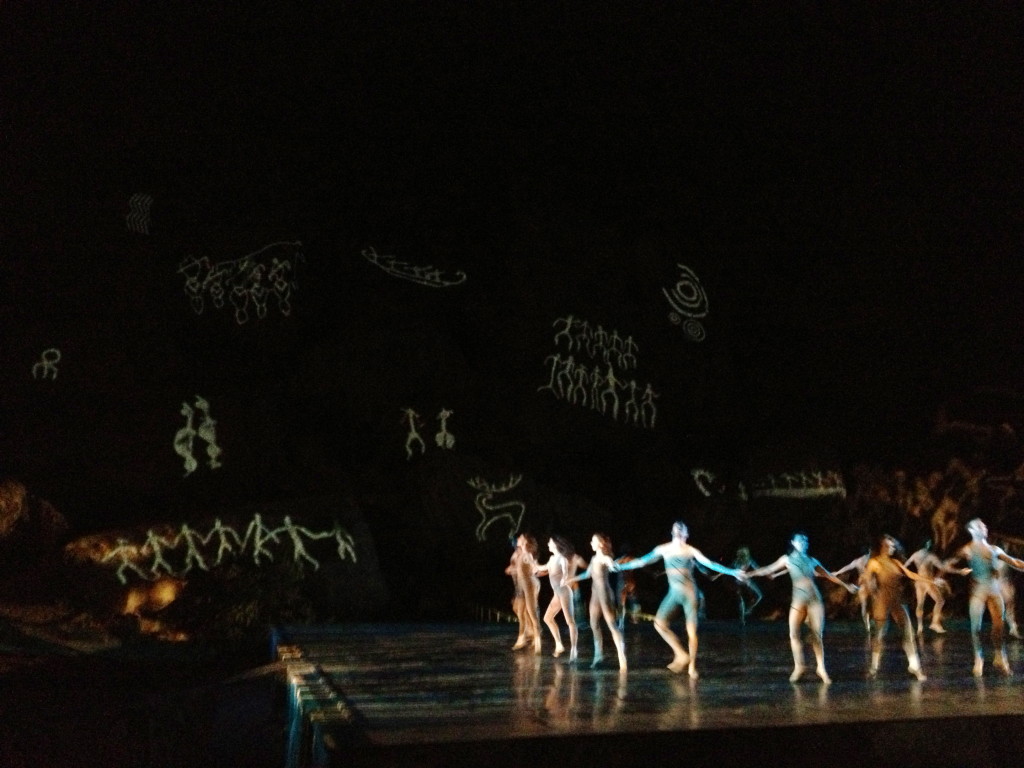 “Shadows of Gobustan” a limited run remount of a 1969 modern ballet production, site-specific on a mountain. UNESCO World Heritage Site.

which my international colleagues found disappointing for a State Ballet Company. Even though the dancers have high technical and performance capacities in Russian-method ballet (amazing feet), the choreography was in a grounded, early-modern style. My opinion: well produced, visually striking, but dated and safe.

“Ballet is one of many arts around the world that measure a country’s civilization.” Abdel Ghafour

In Egypt, the national ballet company is also Russian-trained and funded by the government in a Muslim-majority country. Now democratic. But Egypt tends to stick to standard production of classic story ballets. Plus, the number of skilled female dancers is declining as the society becomes more conservative and influenced by Gulf culture. Lastly, in Egypt, they have declared a strike to stand against corruption and the Botherhoodization of the sector. Can’t see this happening in Azerbaijan. 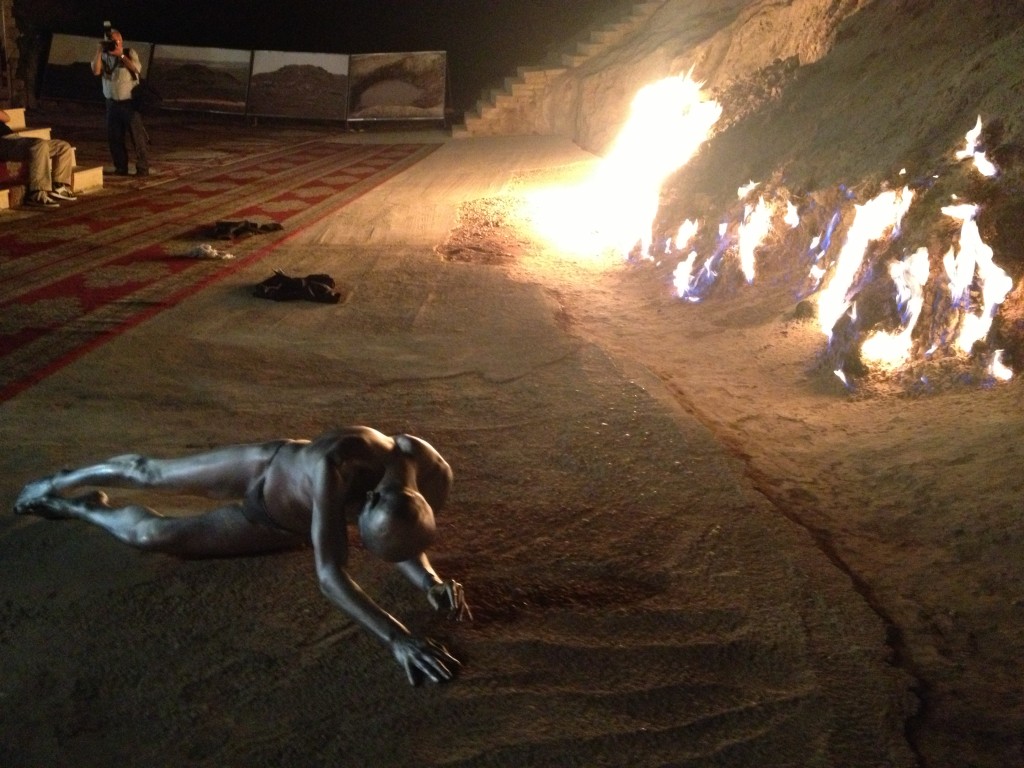 which was far less safe. It was received by both standing applause and snickers. An inaccessible and foreign art form like Butoh for a varied, international audience may require a pre-show introduction. 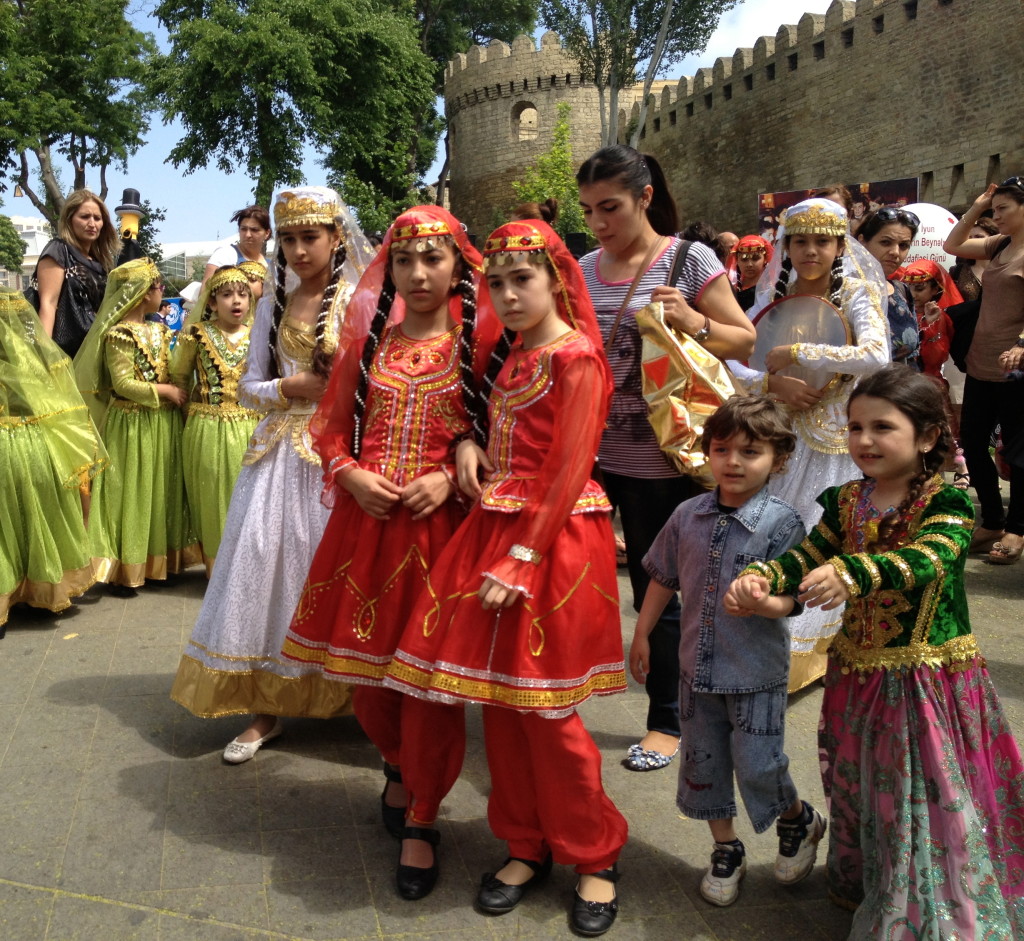 And a festival in the park loaded with children dancing, painting, and singing.

which took me away from the politics and lack of rights, to a place where dance can be at the heart of a community. With a happiness that could not be faked. All students here get an education in both national and Western art forms.

Now I do not yet know if and how people dance in neighboring Dagestan/Chechnya, but I know that in Azerbaijan, life for those whose pockets aren’t directly connected to the oil is made more full with dance and Islam.

Unfortunately, a foreigner such as I am not allowed to bring dance to children with cancer.