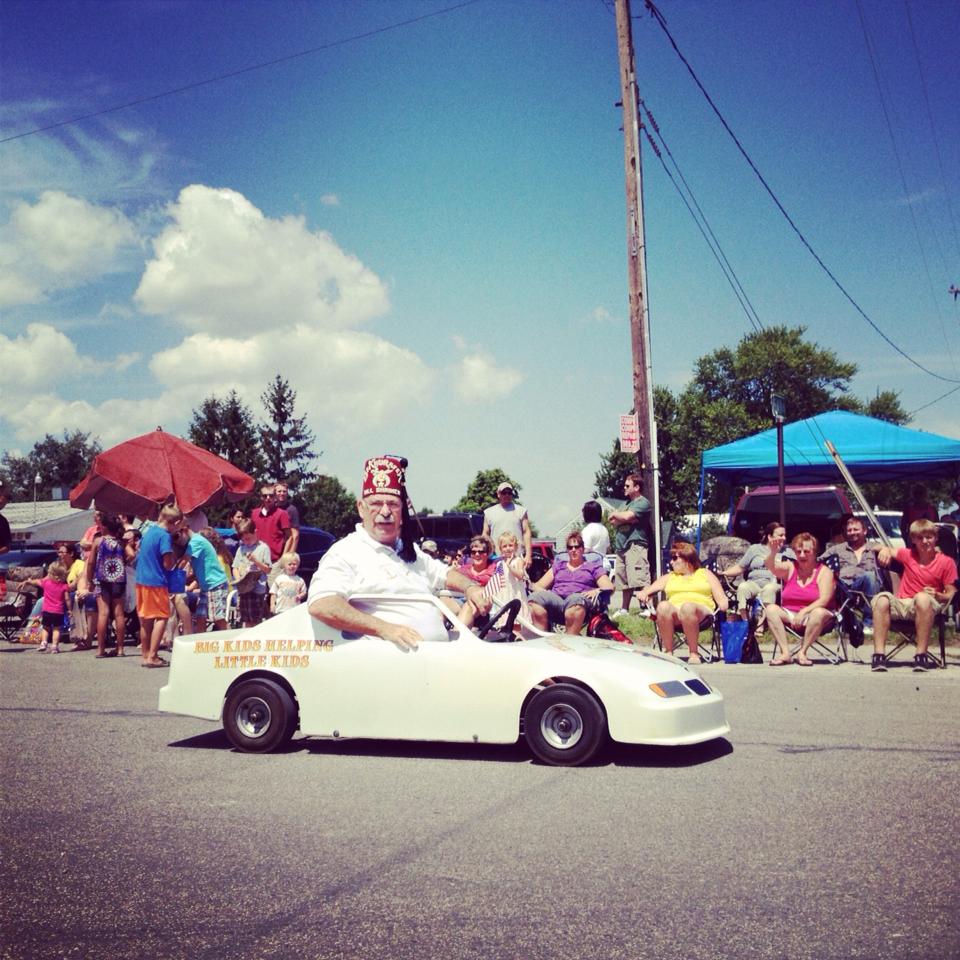 I grew up with the Shriners. They were heroes. Jolly, elder heroes who rode teeny cars and helped sick kids. They were there for every parade. They all wore Egyptian-style fez hats. Some played flutes. Some were followed by belly dancers.

Their name was The Ancient Arab Order of the Nobles of the Mystic Shrine. 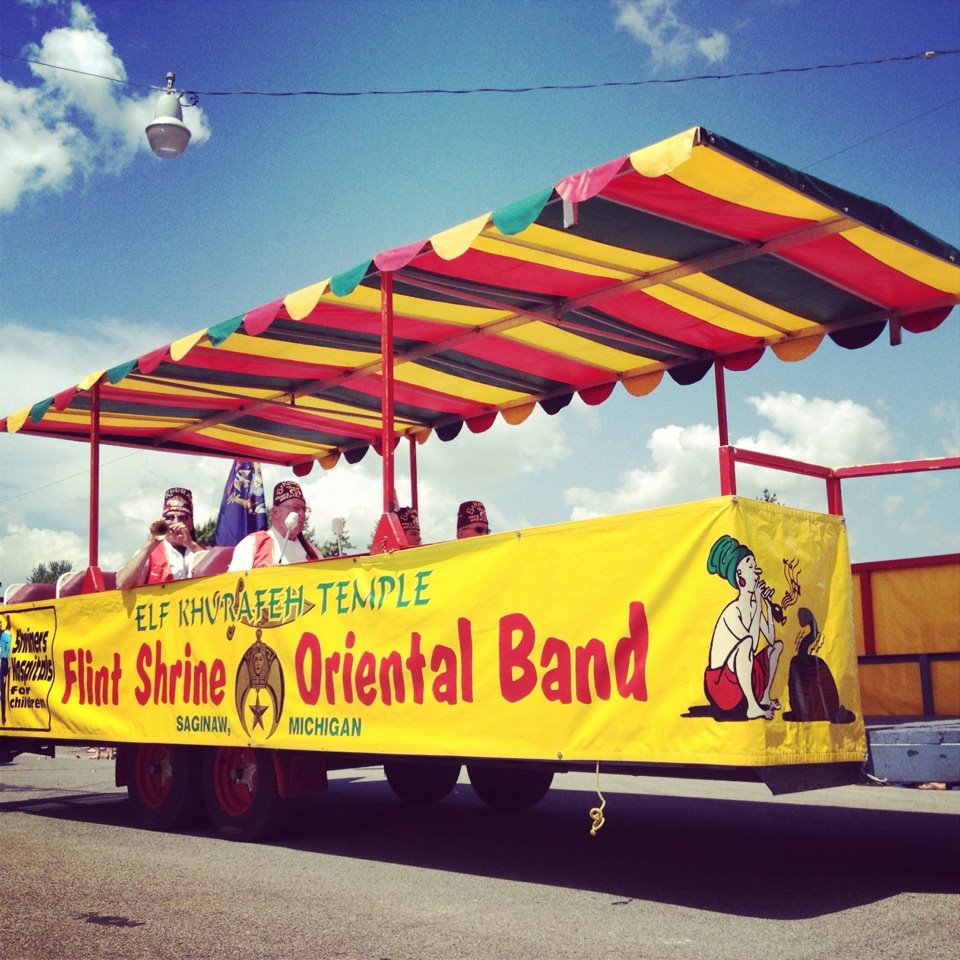 Yes their symbol included very Middle Eastern symbolism, but all the members I saw and knew in mid-Michigan were white, Christian grandpas. I didn’t realize the strangeness until just this year.

Recently I looked up the Shriner history and my jaw dropped. In 1870, an actor from New York was on tour overseas and took some notes while in Algiers and Cairo. That was it.

He went back and showed his friend these notes. These two guys based an entire Freemason-subsidiary fraternity based on this one man’s limited interpretation of Arab cultures. That is wild.

If these two friends had picked Ethiopian or Chinese culture for this fraternity, I wonder how that would have went down. Can you imagine the costumes? The music? The logo?

I’m pretty sure membership for actual Arabs and Muslims in the Ancient Arab Order of the Nobles of the Mystic Shrine is pretty low. And when Islamaphobia and Arab-stereotyping swept the country after 9/11, I wonder what the Shiner stance was. I have no idea.

Now, I’m conflicted because I don’t want to criticize. The Shriners do amazing community service and provide some of the best free healthcare for children in need. They help children battling cancer. Even though I am critical of a fraternal institutional organization (not because of any Zionist world-domination conspiracy theories or anything, but purely for the exclusion of women), they remain heroes in my eyes. Even the Catholics and Greek Orthodox Christians who oppose the Masonic fraternities on religious grounds, applaud the Shriners’ altruism.

A friend told me the Shriners “saved the life of a severely burned family member thanks to their doctors and medical resources. Their hospitals and the free care they provide to children are amazing acts of service. I’m grateful that we learned they are much more than a fez-wearing parade presence, but I still love their tiny little cars too.”

But I wonder if they see any of their costuming, symbolism, or traditions as slightly racist. Are they comfortable in these outfits? Isn’t it similar to non-Native American Indians dressing as “Redskins”?

Maybe I’m wrong and the Shriners now work with a cultural consultant to learn authentic Egyptian and Algerian music. Maybe they spend some of their meeting time watching Arabic cinema. Maybe there is a reverence for culture that compels them to visit Cairo and they are here on vacation as I speak. 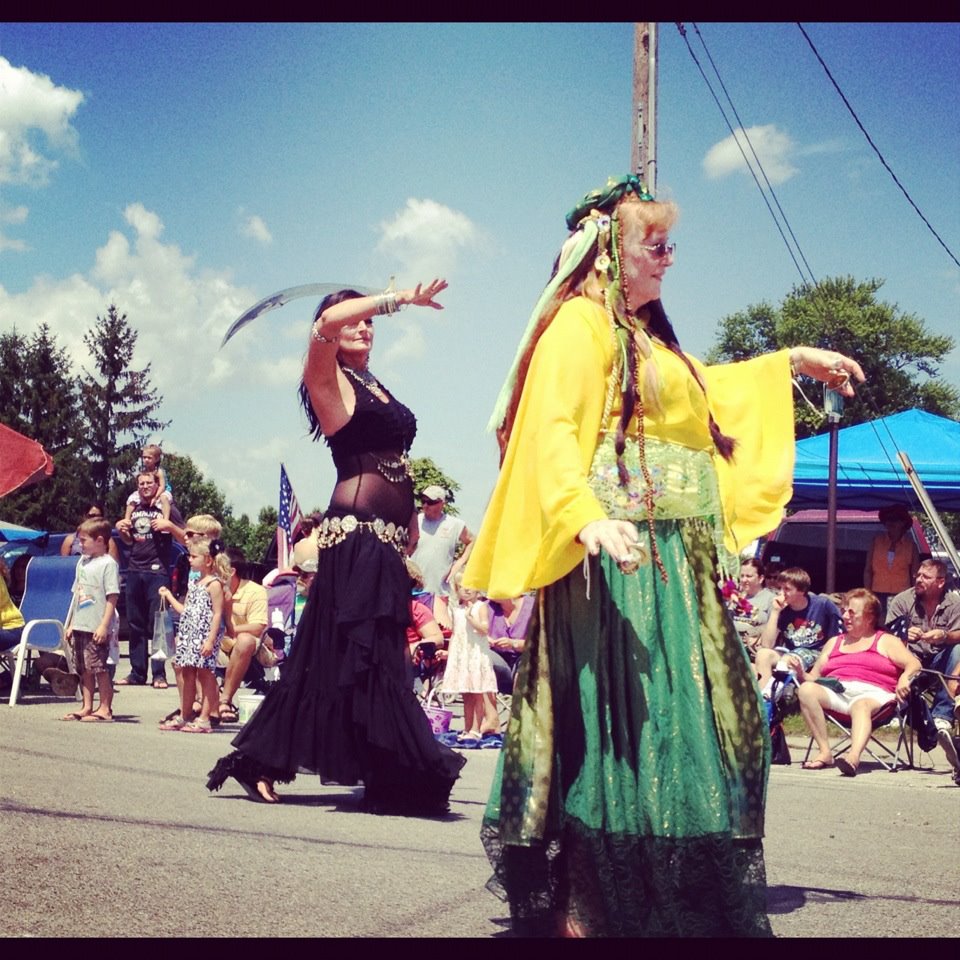 I’m guessing they never really thought about the disrespect. Because these seem to be great, retired guys who followed their fathers’ footsteps into a fraternity and know they are doing good in the world.

It just might be time to reevaluate their theme.

Come to Egypt, gentlemen. It’s a great place for an upcoming vacation.

“I saw a play about the Arab Spring…”