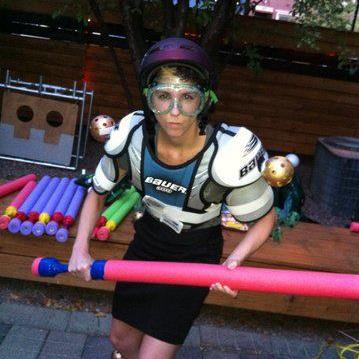 On Monday evening, after a bit of dinner at Hardee’s, my friend walked me home around 9pm. The following day was supposed to be my 5K run for childhood cancer research and treatment. For the past four years I have captained Team Dancing Donna. This year in Cairo for the same cause, we had a fundraising event and party with the patients back in June. And I was stilling planning to run the 5K myself here, but in a bellydance hip scarf on Tuesday. And then on Wednesday morning, I was supposed to leave for the UNESCO CID World Congress on Dance, where I am due to do a presentation. A trip made possible by a grant from Donna’s Good Things.

Later Monday night, I went to meet a friend who was letting my borrow her hip scarf. As I was walking back home around 10:45-11:00, I passed many families and cars. An event was just getting out at the Dokki Shooting Club (sports arena and center) so traffic was tight and the lights were on full. I turned down a short, darker but familiar street and then onto another well-populated avenue. I felt a slight tug on my purse, felt like the strap had gotten caught on something. Because of the traffic, all the people and cars and motorcycles were close. But then the tug was stronger until I was forced to spin around and felt a snap across the back of my neck. I saw my purse in front of my eyes and called out to the two men on the motorcycle, telling them to stop because my purse had gotten caught on their bike. But then they sped off.

I had just been jacked.

Just like all the stories I hear about in all places in the world and in the States.

Inside my purse was my iPhone, two credit/debit cards, 500le ($70), my passport (I usually go out with just a copy but had the real thing with me since changing purses after the trip to Azerbaijan), my Fulbright ID, my emergency contacts card, chapstick, and my apartment keys on a very special giraffe keychain I had gotten from the Kabera slum in Kenya. As soon as the purse was out of sight, I felt overwhelmingly empty. Within seconds, I was yelling.

There was a kind policeman right there across the narrow avenue. On foot patrol. I yelled to him. And the coolest thing happened. A man driving there swung open his car door and had the policeman jump in. The two of them took off in pursuit but unfortunately were unable to catch them. I kept screaming for people to go after the motorcycle and strangers all jumped into action. I really thought the thieves would be caught because help came so fast. But no. Those slippery criminals slipped into the night.

A man came up to me and asked if I needed anything. If I wanted to use his phone to call someone. Sadly I couldn’t remember any phone numbers, but we were just a block away from my friend’s office. So this man and his sister drive me the block and come in to meet my friends and make sure I was ok. They were incredibly caring and helpful. My friends then quickly put on the tracker for my iPhone and called the police. We got in a car and followed my iPhone tracker as the little dot on the screen moved all about the city; when it seemed we would never be able to catch up with the culprits and because we didn’t want to get ourselves in a dangerous situation, we went to the police station and filed the report. I had to sign my name in Arabic and go through books of criminal profiles to see if I could recognize my assailants. But I couldn’t be 100% sure of any of them.

When I got access to a computer later that night, I told all my Facebook friends. And help was offered from heroes around the world. One offered a contact at the embassy. Another stepped up to help with my flight changes.

But I hold little hope of my things returning. So, it’s done. Time to be thankful for my safety and to learn the lessons.

Blogging will be very difficult now. I have a basic Nokia. No camera at all these days. No constant web access. For a Facebook gal who loves to take photos of her everyday experiences, this has been a shock to how I see this city. I have to stop and take mental pictures. To listen deeper. You can expect a couple blog posts with limited pictures and comment management.

And I have yet to do the 5K run because of this all. I promise to before the end of the month. Guaranteed.

There’s a pause on my fasting. And the day after the crime was a national Egyptian holiday, so all banks and embassies and services were closed. So frustrating.

I got a small basic phone with my same number. But the insurance on my iPhone had expired one week ago. Deciding how best to return to the land of smartphone.

As for my trip to Greece for the conference, the plan was to go a day late. I went to the US Embassy this morning and got a new passport in 1 hour and 40 minutes total, including time to go get new passport photos taken. But the process for the Egyptian visa stamp went like this…

Am I A Dancer Who Gave Up?