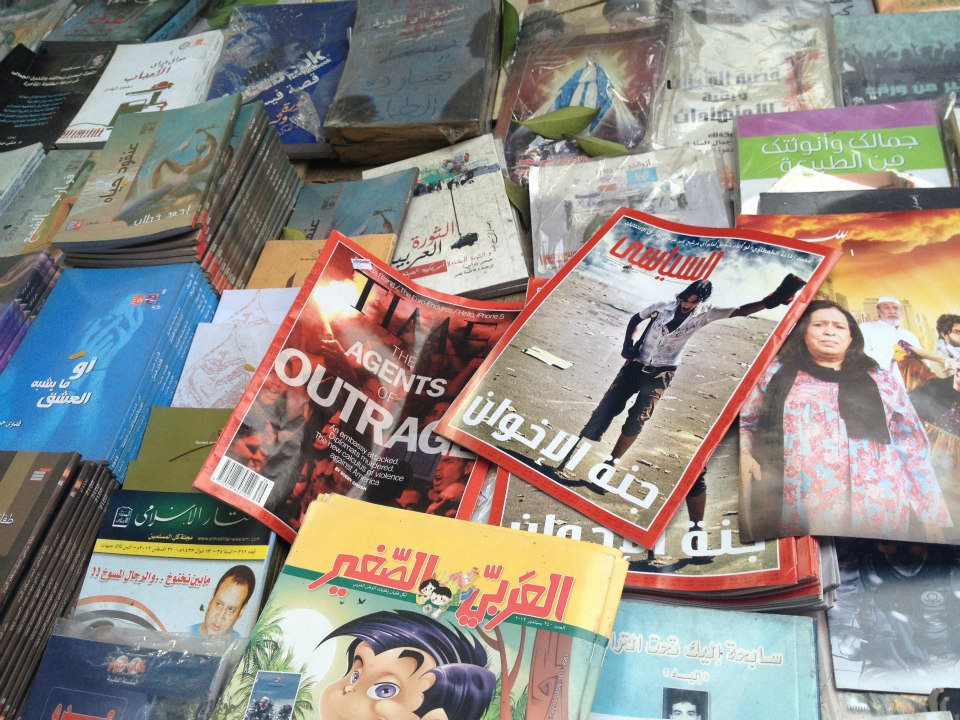 In Cairo, everything is available via home delivery. From pillows, to a couple cans of beer, to McDonald’s. Yes, Mickey D’s comes right to your door by way of a young guy on a bright red motorcycle.

I have been to this city briefly twice before, and have been here for three weeks so far on this trip, but I have not yet once picked up the phone to order anything by delivery. I’m not a phone person. Plus, when you’re a dancer, you gesture a lot. And being that I don’t speak the language, I was scared to communicate without my crutch of non-verbal communication.

Been going out a lot for dinner, or eating my own poorly-made pasta with tuna. On repeat. I asked my friend to go out to eat with me tonight and he declined because he’s not feeling well. So, I realized it might be time to dive in to the world of Cairo delivery. I dialed a place called Zooba, which is in a neighborhood about 10-15 minutes NW from here.

A man answered. In broken English and what sounded like a friendly smile.

He asked my name. Then my phone number. I panicked and forgot. Actually had to go look it up to confirm I had it right. Oops. It’s only been my number for a couple weeks. We finally get that cleared up and he proceeds to ask me something but keeps slipping between English and Arabic. I ask, “What? I do not understand.” This repeats. Sigh. He skips whatever he was trying to communicate and moves on to ask my address. He kindly requests that I repeat it. One more time. One digit at a time. Near an embassy. He confirms the address but makes a reference to me living IN the embassy rather than NEAR. But then we go over the order and we hang up.

I had a feeling I would get a call from a wandering delivery guy. Or that it would take forever. Or never arrive at all.

But within 30 minutes, my doorbell buzzes. I open the door to a handsome and happy man with a nicely designed paper bag which contains exactly what I ordered. Everything is the right temperature. Just the way you would want it. The meal costs $8.20 USD including sales tax, delivery charge, and an overly generous tip. $8.20 gets you enough homegrown, organic, vegetarian goodness for at least 3 meals. Containers are larger than they appear.

I am a very happy gal.

Putting away the paper bag, I see the receipt and delivery order slip are stapled to it. The food order is written in English; the address in Arabic. The phone number is scratched out a few times. And the customer name says HANNA.

The point of this story is two-fold: to document a very important Cairo first for me, and to discuss this idea of friendliness.

In a post a couple days ago, I explained the feeling that many of the people here were only being nice to me because they’re either wanting sex or money. Especially when an unveiled American lady is involved. While there are days that certainly feels so, there are plenty of other times where the friendliness is pure friendliness. Despite “the rage” you might be seeing in the media.

Yes, I have received a few rude comments, but I have not once been touched inappropriately by someone here, unlike last year in Cairo. I am often the only lady in the Metro train car, wearing yoga pants, reading my Kindle; and the guys have certainly been kind. They will offer me a seat, and when I decline, don’t make a big of it. They just sit down themselves and sometimes we have a nive conversation as I stand over them in the breeze coming in from the train car window.

Some people are simply really nice people. Like the Zooba delivery guy. And the lady who helped me when I slipped and fell down a flight the stairs at Saad Zaghloul station this afternoon. And like the policeman I spoke to this morning. Even knowing that the police are considered the enemy by many in this city ([email protected]#k the Police is the second-most popular graffiti slogan after [email protected]#k SCAF), I found this policeman to be extremely friendly in a purely friendly way. He was my age. And dare I say, my type. We chatted for a quick minute about sand in our shoes. I walked on with a bit of a linger. Maybe I’ll see him again sometime. Maybe not. No matter.

In any case. I love a friendly city. And I’ll be calling for Zooba Delivery again for sure.