I’m back in the States for six and a half weeks. Visiting friends, helping my mom, spending time with my parents in my hometown childhood home. Also catching up on American culture. So I’ve started watching Homeland from the beginning. Great show. I’m on the 6th episode.

Someone please tell me there are Arab good guys on this show eventually.

In six hours of storyline, every single Arab character has been fearsome, brutish, or dirty, nasty, or sexist and sex hungry, materialistic. At least two men were portrayed as one-dimensional, with that dimension being evil. The characters I speak of (mostly men) are said to be Saudi princes and seedy entourage, Pakistani or Afghani criminals, and nondescript “terrorist” types. Flashes of bearded Arabs torturing White and Black American heroes.

Not all the bad guys on this show so far are Arab guys. Some are White ladies. Some are unknown. But not a single Arab is good, or even remotely redeemable. Odd.

Here is an online exchange I caught amongst a good friends:

“Is this photo from Argo? I watched that Friday and I’m still stressed from all the hate.”

“This is prime 1980 Ben Affleck from Argo. Do you mean the hate in the movie? Pair Argo with Zero Dark Thirty and you gots yourself some anti-Americanism!”

“Yes the hate! The angry mob mentality kept me up half the night. My whole body hurt. It was so real and so uncomfortable.”

“My friend Shawn just spent some time in Cairo during the Bengazi stuff. Scary. She is a brave, brave gal.”

I had to step in and write, “Not too scary actually. There is goodness in the world, even when you don’t expect it.” Then I linked to my post from the storming of the U.S. Embassy in Cairo to illustrate my point. Most Egyptians I have met are gracious; but even the angry Salafi anti-American protesters burning the U.S. flag were kind to me and open to healthy conversation.

Back to Homeland. One scene in particular made my ears perk up. It was a suspenseful scene when the questionable White hero is seen purchasing a prayer rug and performing Salah (the Muslim prayer) secretly in his garage. An eery, curious moment. Has he been turned by the terrorists’ torture? Has he become Muslim? Is he up to no good? The answers are unknown, but seeing him pray, it is oddly scary.

Even I, a person with many Arab and Muslim friends from the UK to the Netherlands to Egypt to Libya to the US, started questioning those friends. I am deeply embarrassed to admit this. But Homeland is effective.

After I snapped out of it, I realize how many Americans may develop fear from not only this prayer scene, but from the Muslim prayer itself. Some people may see a person kneeling on a rug, forehead down, mumbling a language they don’t understand, and experience some involuntary sense of threatening. This fear may be irrational and counter to their morals, but they feel it. Just like my moment of distrusting my friends for a moment. The subconscious soundtrack accompanying the scene being dark rather than beautiful.

I don’t know if you are Catholic, Protestant, Eastern Orthodox Christian, Orthodox Jewish, Reform Jewish, Sunni Muslim, Shi’a Muslim, Sikh, Hindu, Buddhist, Agnostic/Non Religious like me, or none of these listed. But I kindly ask you to read the following* and see if you can find the beauty in it. 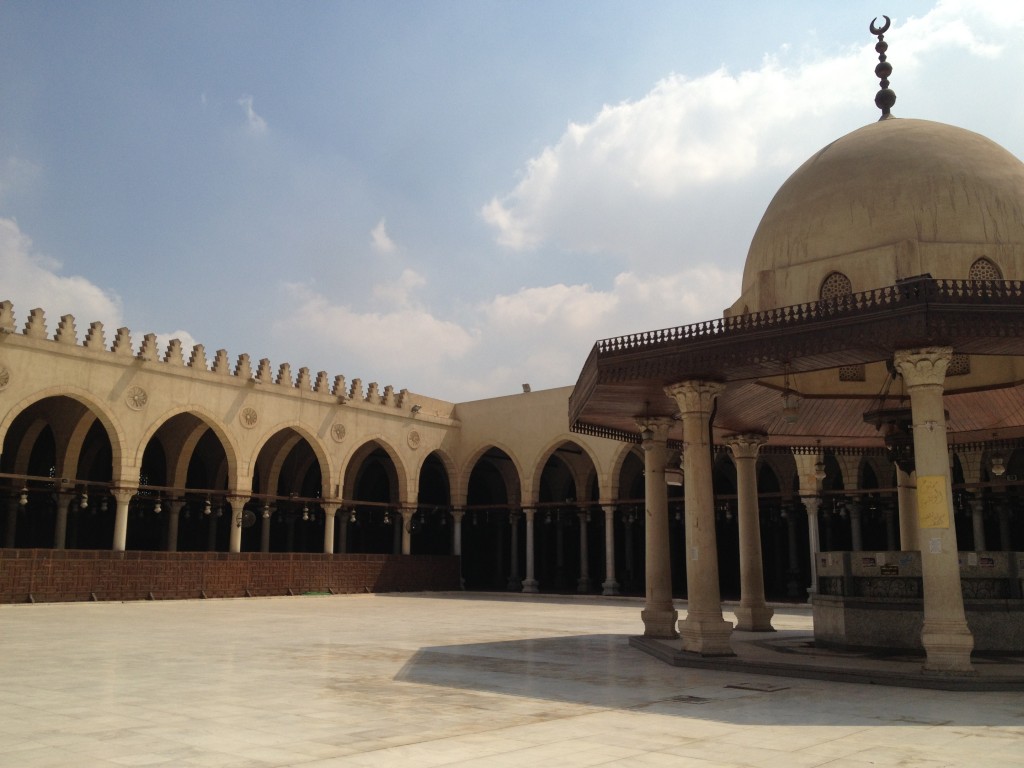 * The above prayer is a compilation of resources, friends, and my own knowledge. It is incomplete and lacking much detail, but meant to offer some general understanding.

Body cleaning before prayer and (Ablution):
1-Washing hands 3 times
2-Washing nostrils 3 times
3-Washing mouth 3 times
4-Washing face 3 times
5-Washing arms till the elbow 3 times
6-Wipe with the wet hand the head and the ears (by rubbing the index inside and the thumb behind the ear)
7-Washing Feet 3 times

Note: Allah is the Arabic word for God, which is the same God the three Abrahamic faiths believe in.