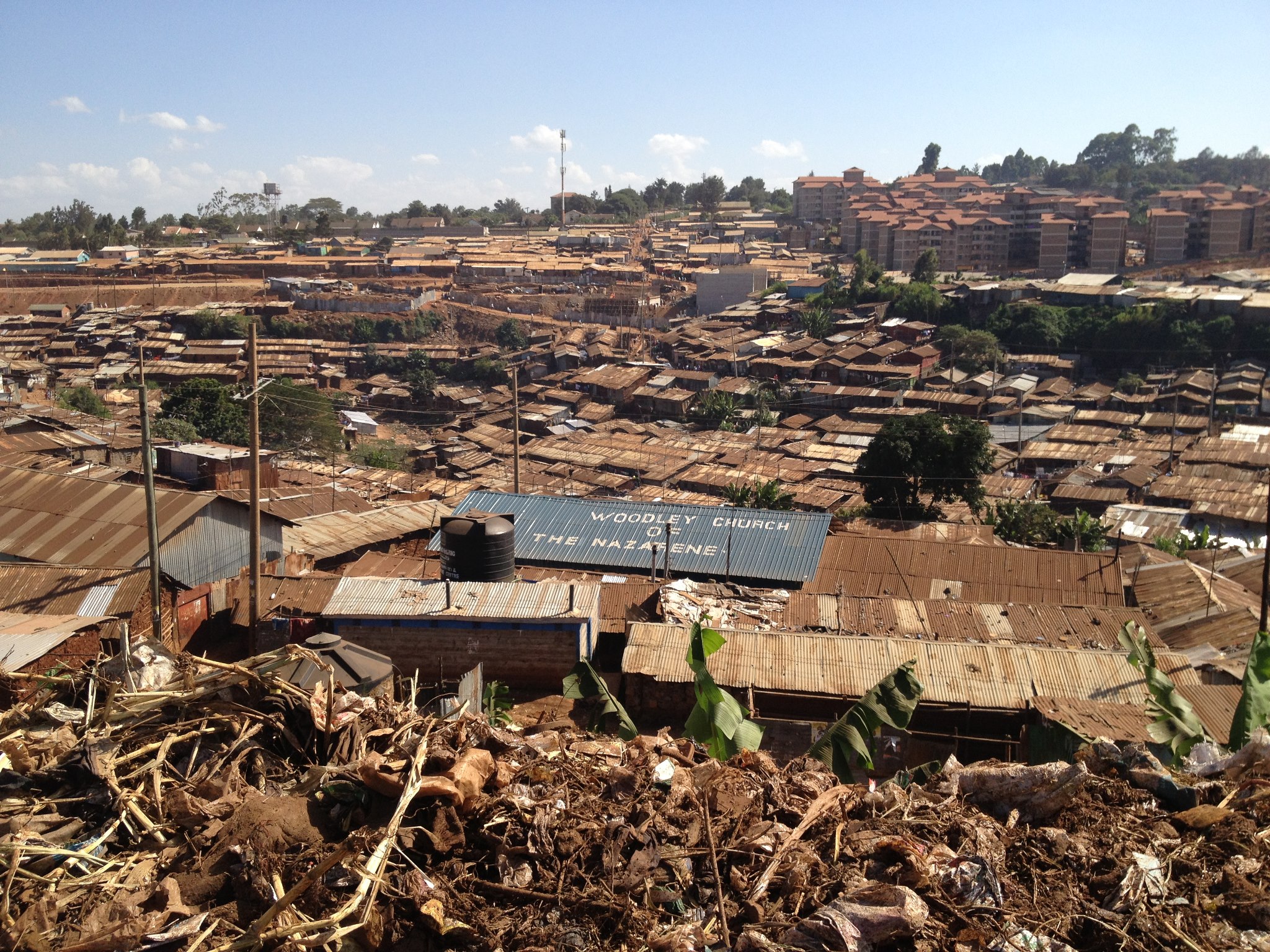 He wore a thin brown sweater and sandals, and walked down the road carrying half a skateboard up to his chest, proudly. He looked to be about 6. Another boy walked beside him, carrying the other half.

She was perusing the items at the market. Her clean, black veil pressed neatly to her forehead. She was with a small group of Muslim girls about 8-10 walking through the second-hand market, stopping to stare at the Jesus calendars and old Crocs.

She poked her head into the doorway. A smirking girl in a white t-shirt and jeans. Her shirt relatively clean for a 4-year-old living in Kibera. She smiled. I couldn’t stop smiling back. 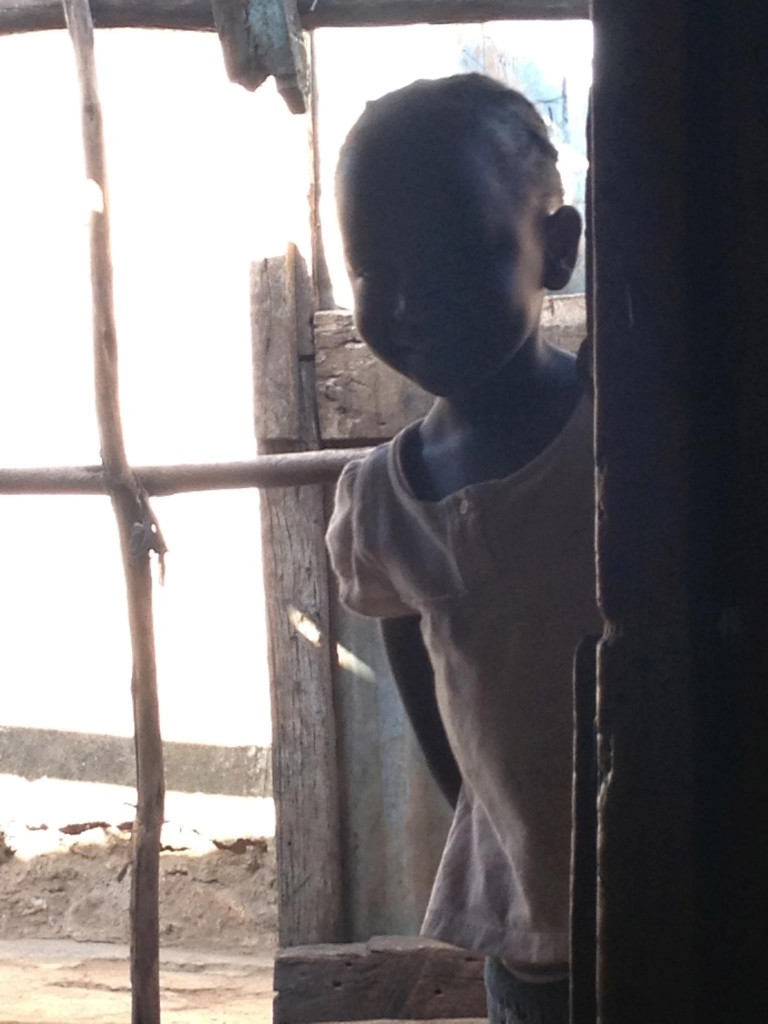 Another girl, 7-years-old, appeared carrying a baby sister. The baby’s snotty pout inverted into a smile, and we all burst into bigger smiles. After a conversation bouncing between Swahili and English, we understood that two of the girls were named Whinnie and one was Regina.

These are the residents of Kibera, Africa’s largest slum.

It was a hot hot day in Nairobi, Kenya yesterday. A Sunday. Families in their finest coming back from church. Girls in used Disney Princess dresses and men in vibrant 70s vinyl shirts.

My friend and I had decided to go on a tour of Kibera despite our reservations. The idea or touring slums seeming so incredibly wrong. It turned out to be handled appropriately and was an experience I am grateful for. Kibera Tours is an enterprise created by a man named Freddy, a Kibera resident. All the tour guides are also residents. Our guide was a very quiet guy in a Celtics cap. He looked to be 17 and was as gracious as the Kenyan reputation.

Inside Kibera, the rocky, uneven walking path is along ravine of decaying food, garbage and human waste. Putrid. Can only imagine what it’s like when it floods. 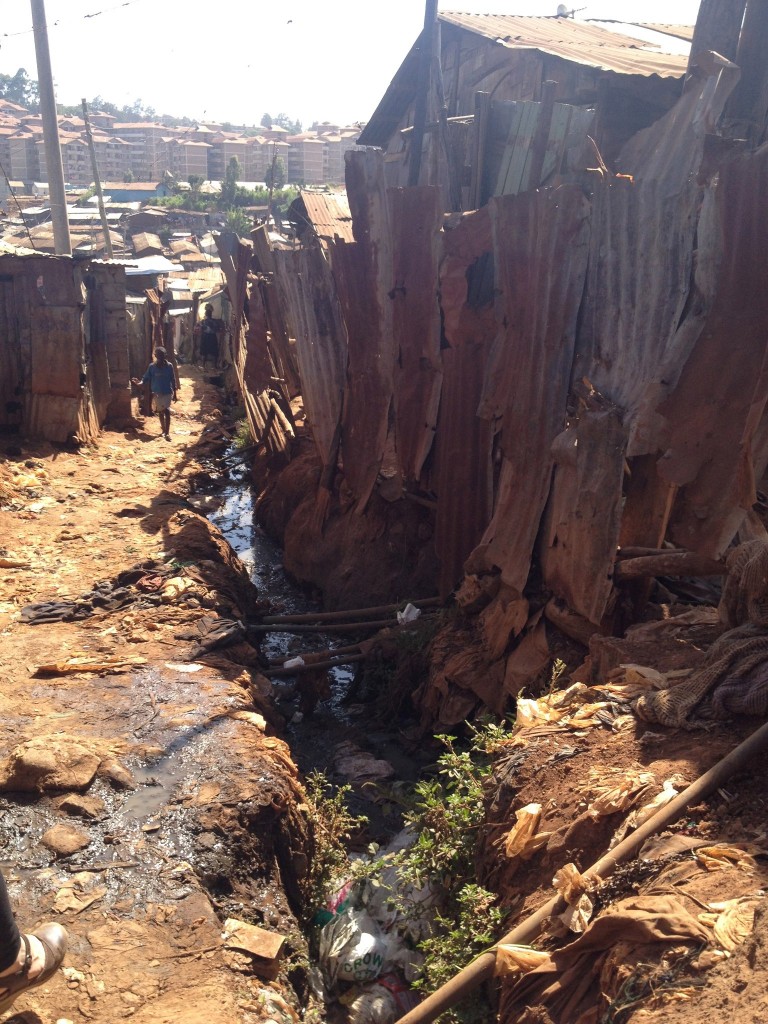 One sign had a passage from Ezekiel 47:12. Something about rocks, bark, culture.

Our second stop was Khasip, an HIV/AIDS clinic and organization. The woman doing the presentation was featured on the poster on the wall behind her, advocating for parents to test their children for HIV/AIDS. We asked her about it. She was one of the organization’s founders after she buried two of her own children to the disease. Khasip provides opportunities for HIV-positive Kibera residents to gain both psychological and economic empowerment. Kenya provides free treatment and anti-viral drugs nation-wide, but public awareness campaigns are needed so that people know where and when. They do facilitate a micro-loaning group of entrepreneurs in the slum, a series of nutrition classes and cooking tutorials, and something called Heroes Book Training for ages 5-9 which helps prepare them for the news that they are HIV positive.

Our third stop was near the public toilets. A panoramic view of what Kenyan’s call “chocolate city” thanks to the valley of rusted tin roofs. Past them, up on the hill, was a development of high rises, an extension or improvement to Kibera. An odd site almost looking like student housing built by the World Bank in collaboration with the Kenyan government. 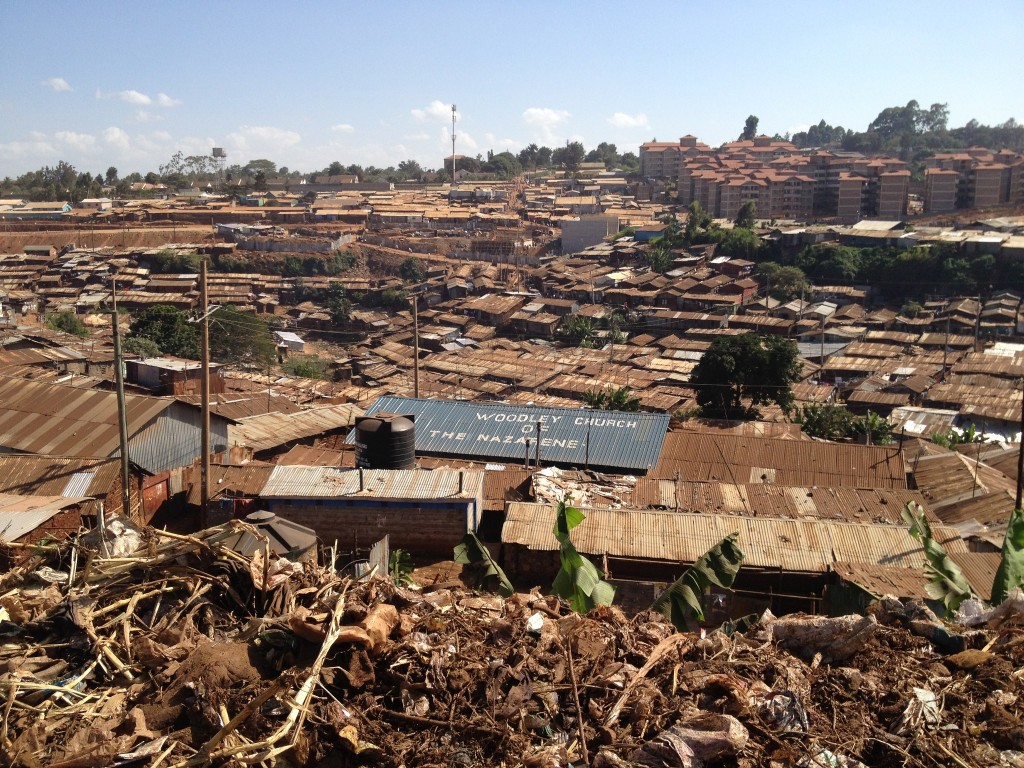 We walked along the infamous Kenyan Railway tracks that head to Uganda. As we had this moment of open air, I thought about all the images of murder I had seen from here in Kenya. Kibera was strongly affected by the violence and political turmoil that engulfed this country after the last election. In Dec 2007 – Jan 2008, between 800-1200 people were murdered, depending on the narrative you read. Up to 600,000 people were displaced. The violence caused major economic ramifications throughout the region. Preventing a repeat of this crisis throughout the upcoming March 2013 election and promoting peaceful living are objectives for a number of inspiring projects by friends.

Center for Partnership and Civic Engagement

Heshima Kenya (the first and only organization in Kenya devoted to identifying, protecting and empowering unaccompanied refugee children and youth living in Nairobi)

Outside of Kibera, outside of the slums and downtown, most of Nairobi is a gated community. I am starting to think security must be the #1 industry. Every apartment building, restaurant, school, store has two security guards, concrete wall with barbed wire and an electronic gate.

Election violence plus Terrorist threats from Al-Shabaab plus the “Nairobbery” reputation = a very gated community, There is little to no walking on your own, you always travel by taxi or matatu. Makes me really miss Cairo. Many ex-pats and NGO employees will actually be leaving before the March elections here. They say, just to be safe.

Back on the Kibera tour, our third stop was a co-op factory that is able to keep 25 men employed in steady work with a livable wage. We saw the men grinding animal bones into earrings, letter openers, keychains, bracelets. A dense cloud of bone dust in the air. A sweet, awkward, sickening smell. My friend had to step outside. We met one of the founders. Great energy. I couldn’t decide between two keychains, so he gave me both for the price of one.

Our last stop was a home. Crowded living room set, a cupboard, and a blanket hung as a room divider, with a twin bed behind it. 1000 shillings ($11) per month for a 12’ x 12’ space. For a family of 5 to sleep in. Passed down from generation to generation. 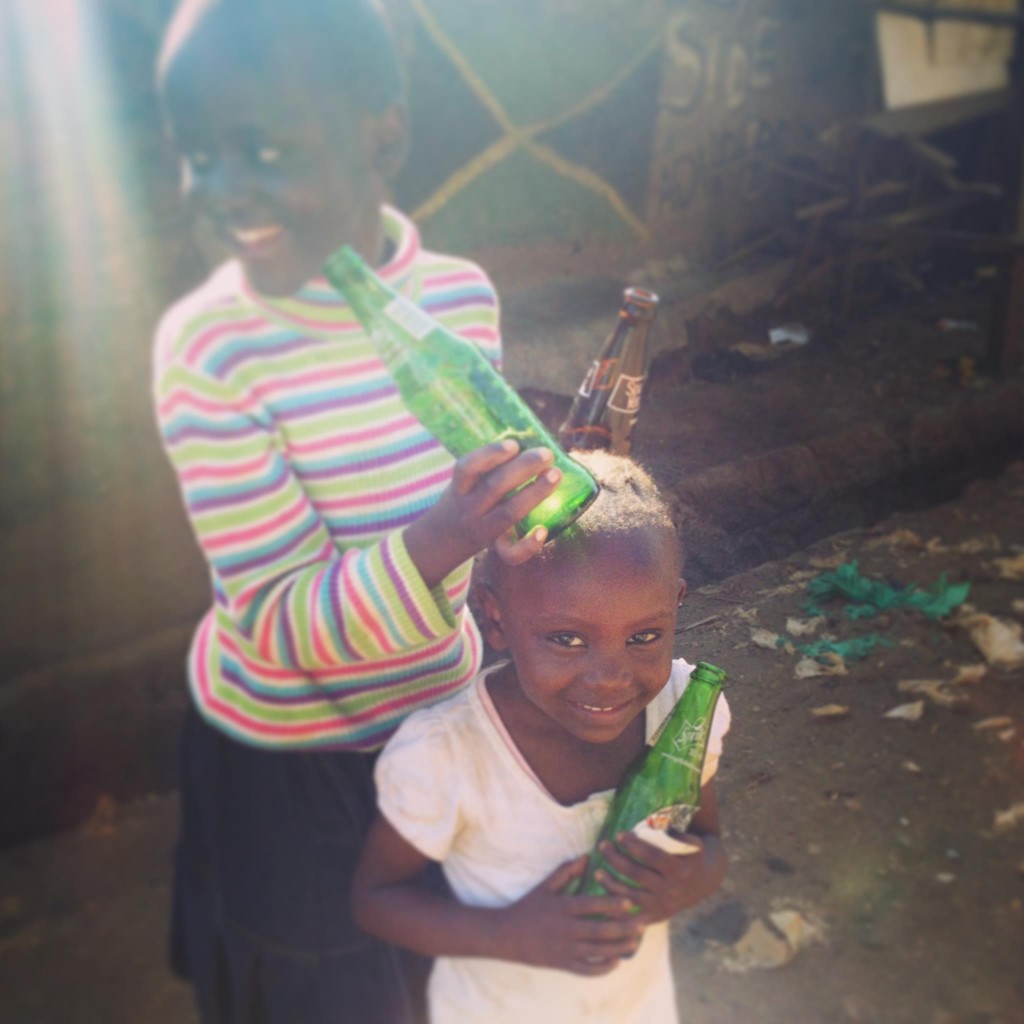 This is holding your 1/2 a skateboard proudly.