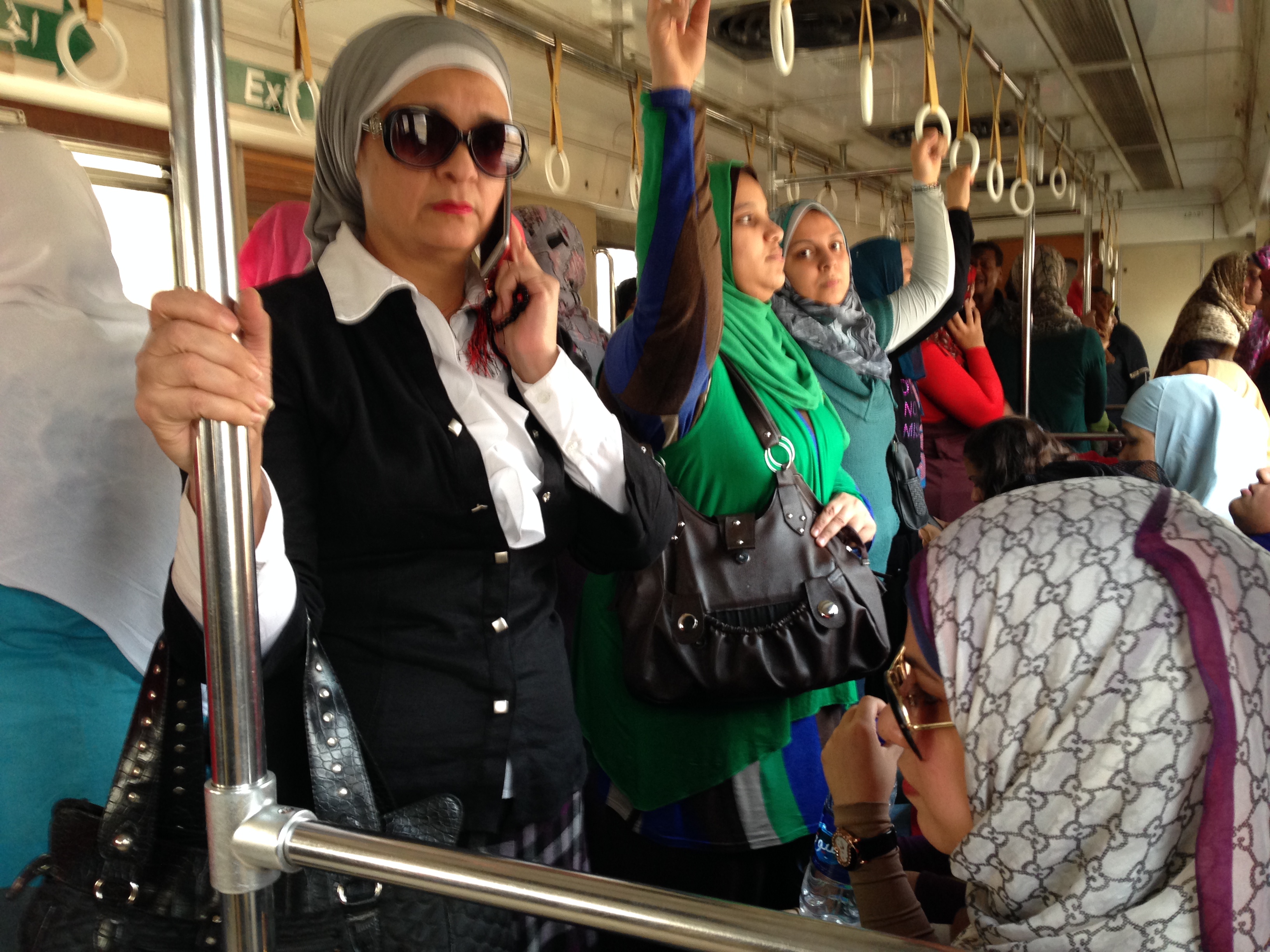 Women in the LADIES car of the Metro.

For the Ladies of Egypt, the Worst Place for Ladies

I am not Egyptian, but I have been living in Cairo for a little while. I have met all types of women here, from the most conservative to the most outrageous.  A few days ago, an article came out with the results of a poll saying Egypt was the worst place for women out of 22 Arab countries. And today, during a long commute on the Metro, I was inspired to write this as a tribute to the women here.

1. Put Up with Incessant Harassment

Males of all ages in Cairo hiss and harass me whenever and wherever they want, no matter how I’m dressed. A tall guy creepily whispered in my ear, “I will [email protected]#k you” as I passed on the sidewalk. A man my dad’s age followed me for a full 45 minutes as I walked to the Metro, making rude sounds and Arabic phrases I knew were not kind the entire way. One cab driver pulled on to a side street, and instead of taking my fare, he asked “Pussy?” The words, “Welcome to Egypt” are often offered in the sleaziest of tones, heard a minimum of 5 times a day. The harassment turned to something of a physical nature four times in my case, none of which were too dangerous but did make my skin crawl. When I go out in the morning, I keep my head up defiantly, my pace direct, and my skin as thick as possible for what might come my way that day.

It’s like all these men are aroused by either the power they feel during the act of intimidation, or they feel this is the best way to flirt. I cannot imagine what harassment the Egyptian women get. But I know they are not immune.

I also realize that the streets are where people often meet each other here; it’s not a bar or a club. A guy sees a gal across the street. Their eyes meet and she seems open to the possibility. He approaches and her friends with some sort of pickup line. He asks for her phone number. She obliges. He gives her a trial call. They say goodbye and one of them follows up later.

But the “Blurred Lines” Robin Thicke sings of are dangerous.

We ladies in Cairo put up with a lot.

Egypt has seemed to have skipped a couple decades. They went straight from the 1950s homemakers and cultured socialites to the 1980s rebellions and gold diggers. But the sexual revolution was breezed over, missed almost completely. Self-pleasure toys, pregnancy tests, contraception, family planning advice, abortion services, and even simple tampons are all mighty difficult to come by here. Female unemployment is abysmally high.

What women do here, I have noticed, is put others first.

For example, the Egyptian High Institute of Ballet auditions male and female students for admittance around age 9. After a childhood consisting of little else but ballet training, a degree, and maybe a couple years in the Cairo Opera Ballet ensemble, the female dancers step aside from career to get married and raise families, never to return to the stage. For the premiere female roles, Egypt looks to Serbian, Armenian and Russian dancers. While for the Egyptian men, their dance careers are lengthy and star roles are primed.

To marry a woman in this region can be expensive. Muslim, Saudi brides, for instance, come with a hefty dowry. And women will gladly invest this in gold jewelry, ornate furniture, tutors, homes for their children when they’re grown, fine fabrics and dresses, and fine meats. A woman is expected to spend a man’s money and put hers in savings. She spends wisely for the sake of the household.

4. Stay Sexy in the bedroom and incredibly sensual on the dancefloor

Modesty in public, wild sex goddess at home. The irresistible hips of both a childbearer and a bellydancer. 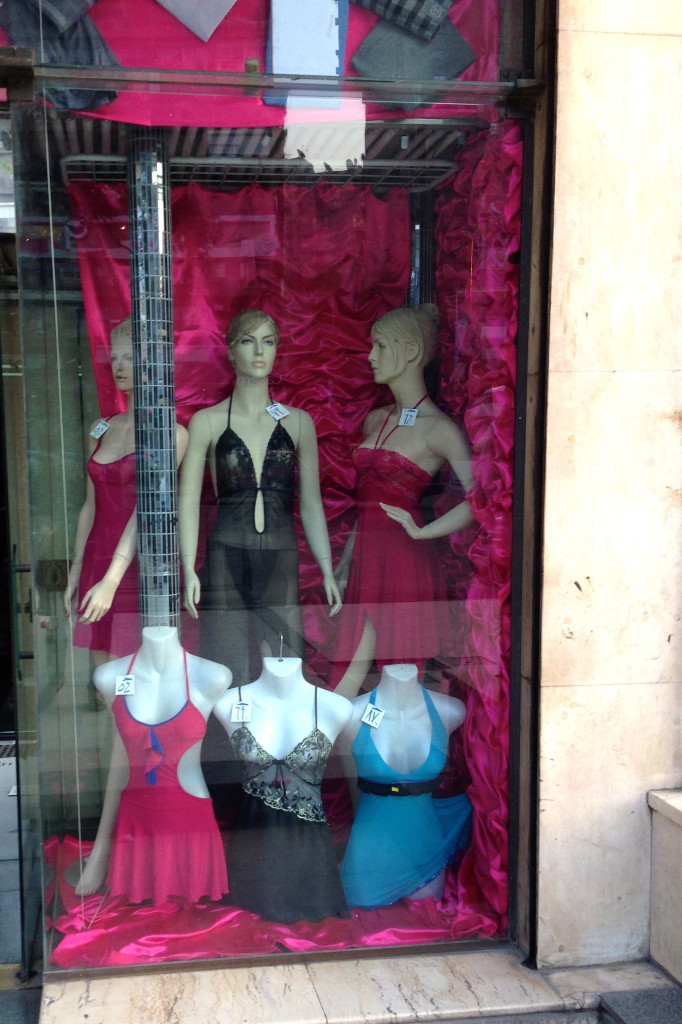 5. Raise a Son with a Great Reputation

Boys will be boys. And they stay in your home as they grow and experience life. But when your son is in his mid 20s, he better marry a good woman (a cousin if necessary), straighten up and have a great job, have cute children. People will talk. His perceived value out in this world is a continuation of yours. 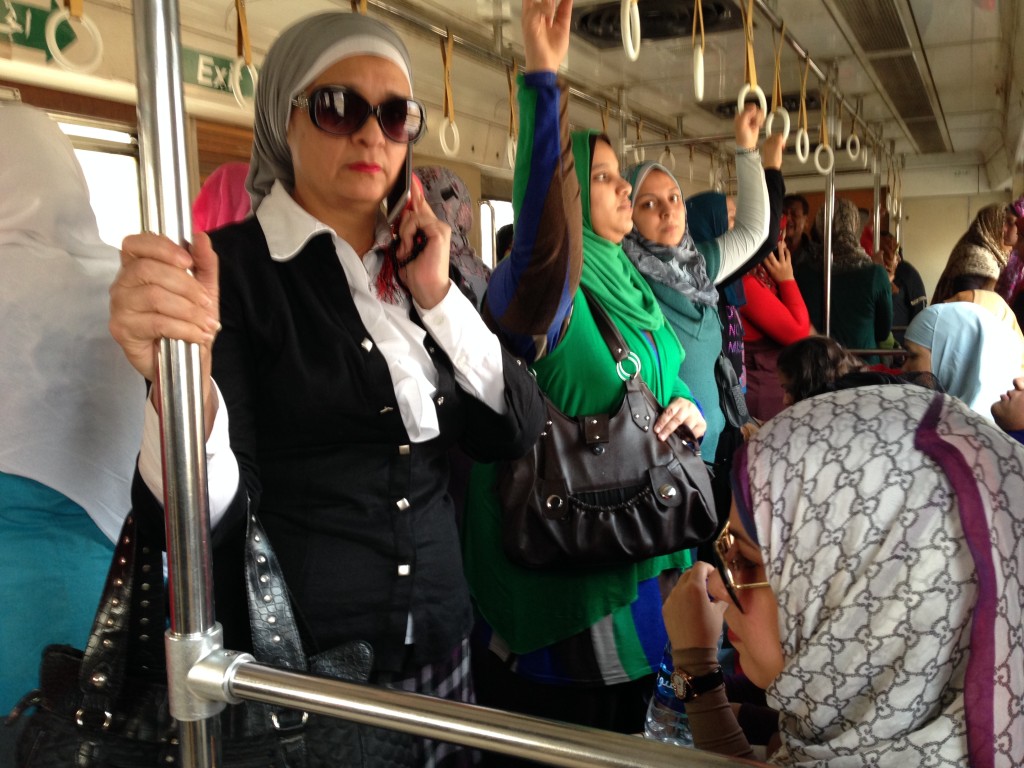 Women in the LADIES car of the Metro. 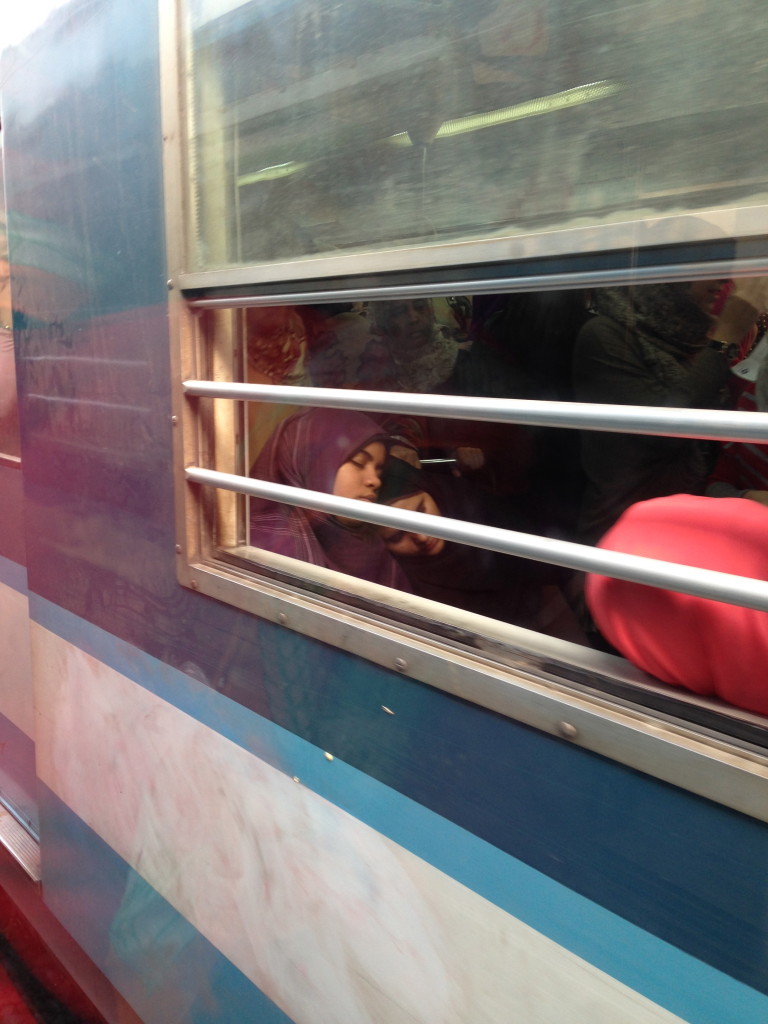 Women aboard the Cairo Metro.

What Women Here (Or Anywhere) Could Do: A List of 7 Examples

If it fits your ambitions, mentality, and hopes for the common good, step up, ladies.

2. Put a Stop to the Racism, Xenophobia, and Discrimination

“Foreign Females Only” is a common call for housing and job posts here. Race, sexuality, age, ability, and gender requirements are implied for many positions. That needs to be challenged. Right now.

And Blackface and offensive stereotyping onstage are NOT ok. We need to educate people. 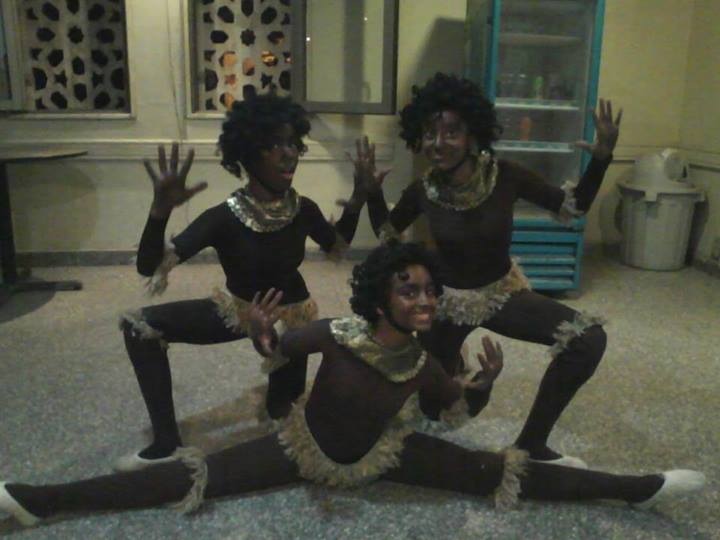 “Tolerance” is just  scratching the surface. Sometimes the isms, xenophobia, and discrimination are far less obvious. We must see them and address them. Cannot wait.

Every school, hospital, zoo, park and library in this city needs some love. And it’s the people who need to make it happen. Parents, neighbors, residents (across differences in politics, religion, and theology), need to come together to beautify and update these public spaces. Time to take a weekend to pick up the litter, remove the garbage piles, get our hands dirty and de-weed, brush on new coats of paint, fix broken benches and fixtures, create murals, plant flowers and trees… And we do not need the Muslim Brotherhood, corporations, foreign powers, the Military or any political party to do it. We just need some donated equipment, and strong-willed and creative women (expats and Egyptians alike) to step up as community organizers. 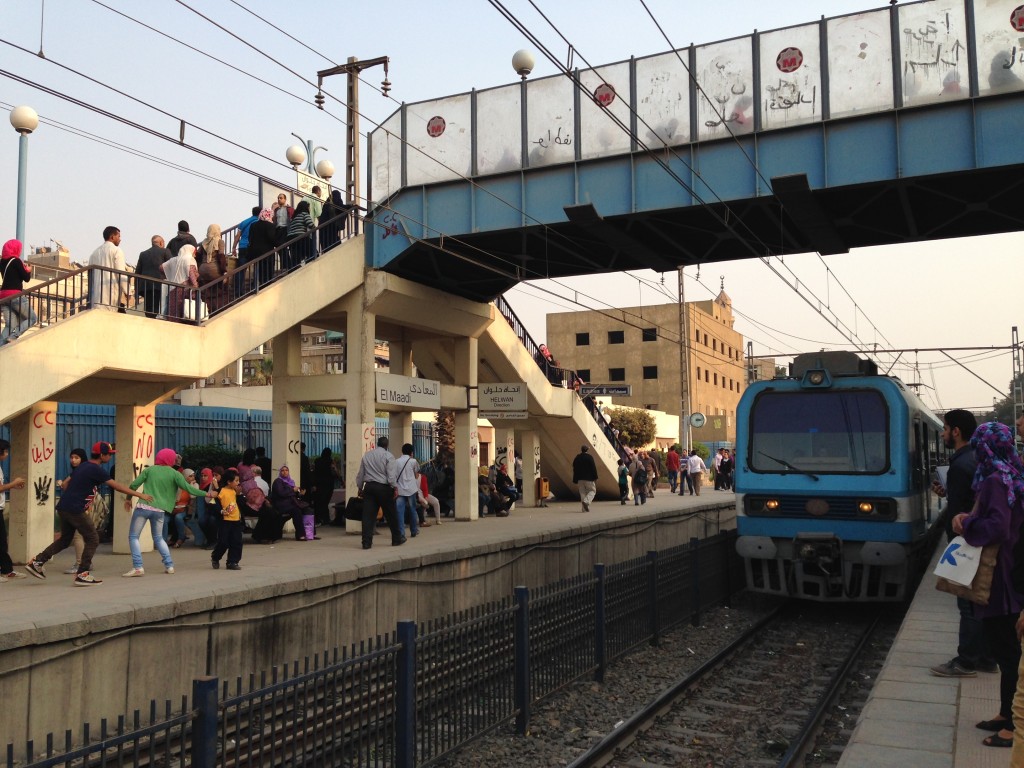 In the same vein, we need space to honor and mourn those lost since January 25, 2011 till now. Despite differences in how we define the victims and the perpetrators, we need to collaborate in the creation of memorial spaces and symbolism. Institutions need not apply. This is a people-to-people job. And if the projects are driven by women, I feel they will have a better chance of remaining peaceful.

5. Prep for the country for the Elections and Constitutional Referendum 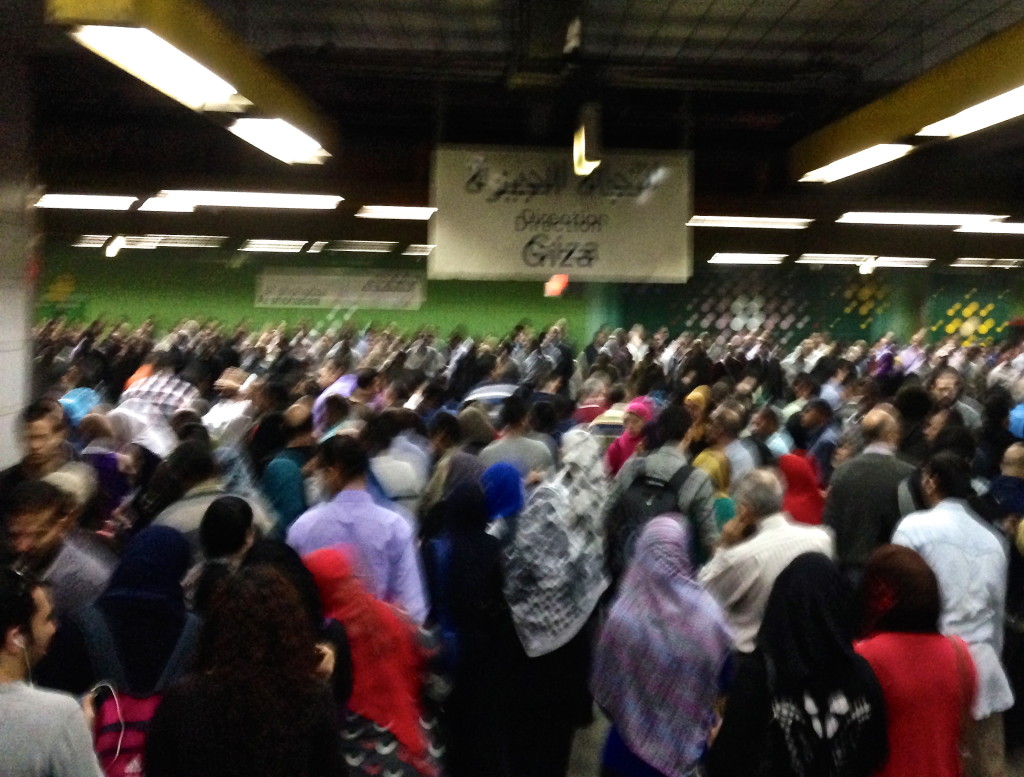 The crowds at a Cairo Metro station.

7. Raise the Bar, Every Bar

An Ocean Full of Thanks: Artists Vs Childhood Cancer