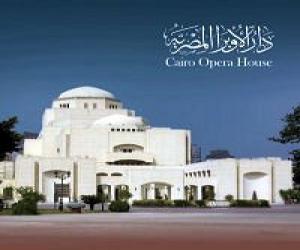 Cairo Opera House (National Cultural Centre), rebuilt in the 1980s after the nineteenth-century original was destroyed by fire in 1971, is the city's principal performing-arts venue.

Dear Cairo Opera. Regarding Your Use of Blackface.

I first became a fan and patron in 2011. While a proud advocate for the arts in the region, especially dance, I have been deeply troubled by a number of things in your productions, ethnocentrically offensive choreography and blackface. I have very close friends in the company and by no mean intend to hurt their reputation. But my letter today is to demand that the use of blackface on your stages come to an end.

Now, I believe you are being unintentionally degrading and I know from experience as a guest educator in your system that you are resistant to change. But you are in position to be the cultural, critically aware, diverse and progressive leaders of the capital and the nation, and even of the region. I expect much of you.

Cairo Opera House (National Cultural Centre), rebuilt in the 1980s after the nineteenth-century original was destroyed by fire in 1971, is the city’s principal performing-arts venue.

In The Nutcracker, which has ethno-stereotyped tendencies, your annual production last seen on stage the last week of December, goes much too far. When the magic goes bad, as opposed to the lovely harlequin doll painted in white, a scary Black genie figure appears (an Egyptian male in blackface) and frightens the white children at the party. The talented artist who played this role was recently the renowned second-place winner on So You Think You Can Dance – Arabia. He was ashamed enough to delete his Nutcracker photos from social media.

In Aida, the Ethiopian characters, even the Ethiopian slaves played by children, are depicted as goofy and primitive. I have much respect for these children, especially because they are my former students. But I wish dearly that this was not a part of their dance education. 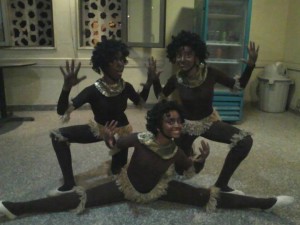 During The Magic Flute, I know of at least two audience-goers who were outraged. They later wrote on your Facebook wall, “I am sorry to say that we left the show shortly before the break [intermission] tonight because we found it quite racist. The depiction of Africans was racist. They were being presented in a very stereotypical way – as black-skinned, naïve/savage people, jumping around in straw skirts etc. This way of portraying African people has been used in history in order to de-humanize people … I feel it’s not appropriate anymore.” 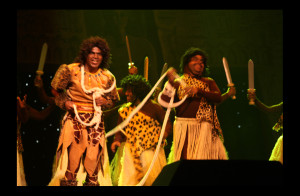 Blackface is wrong. I am not the only one in the world to think so.

Last Week Tonight with John Oliver: Dressing Up As Other Races (How Is This Still a Thing?)

Why Blackface Isn’t Funny: A Simple Guide for Germans

There are also hundreds of scholarly articles on the subject, specific to operas such as Aida. Here is one.

An Ethiopian Princess’ Journey: Verdi’s Aida Across the Mediterranean (and Beyond)

Now I understand that this is a complex issue. You are probably doing it unintentionally. If it is in your agenda to be offensive and degrading, there is a greater issue of racial and cultural elitism, a superiority complex. Should you be allowed your freedom of speech to make satiric choices? Sure. You have a right to do it, and if done right, using artistic satire is a great way way to shock and educate. I commend it. For example, sometimes I have commended the staff of Charlie Hebdo and sometimes I have condemned their choices. May they rest in peace.

Here are some suggested alternatives for your work as Cairo Opera Company and Cairo Opera Ballet:

1. Hire black Egyptians. Some works demand it. I know it is in in your repertoire, but Porgy and Bess, has a legal provision that black characters be always played by black people. As you are a repertoire company with a need to cast many African roles, it will be great to increasingly grow the diversity of your company.

2. Collaborate with the professional opera and ballet companies in neighboring African countries. These would be spectacular and popular productions. Could you imagine Aida with both Egyptian and Ethiopian artists portraying Egyptians and Ethiopians? I would pay to see that.

4. Use more sensitive makeup. As Fred Plotkin states towards the end of this great article, “Makeup, when used sensitively and as part of a larger effort to find human truth in characters rather than using it “at face value,” does have its place. Perhaps the finest performances of the countless Verdi Otellos I have seen were those at the Met and in London that starred Plácido Domingo in the title role and Kiri Te Kanawa as Desdemona. [video]”

5. Do one last production with blatant racism and offense to different races and religions. Make it so grossly obvious and shocking, that both audience and artists become aware of the problems. Follow each performance with public dialogue and post-show panels or talks.

Thank you for your time this evening. I hope to have this letter translated and delivered to you shortly.

Dancingly and respectively yours,

Why We Like Marriage: A Hearted Read in 2.45 Minutes

Drop the Blackface Issue, Doubt Yourself, Say Goodbye to the Special Needs Kitty?