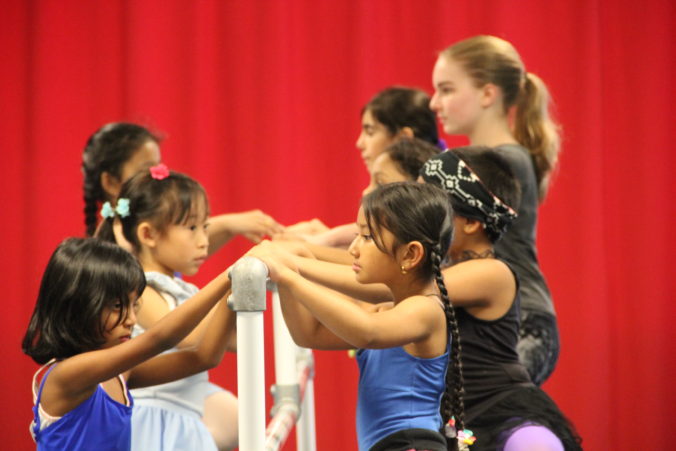 Why We Need Active De-Victimization in the Arts, Right Now

Syrian and Burmese Rohingyan refugees. Children of Flint, MI. Terminally ill pediatric cancer patients and their families. LGBTQ+ teens who are experiencing homelessness. A predominantly Black preschool on the South Side of Chicago. Residents of a Section 8 housing facility. Young men in and out of the juvenile justice system. These are just some of the collaborators I’ve been fortunate to work for, with and beside in my career as a social practice artist.

I, like most artists, am prone to want to help groups and individuals who need help. Altruism and charity are natural cousins to the arts. We know this. And as identity politics become an ever increasing function of our divisive societies of The Left and The Right, marginalized communities play a major role in the work of artists on the left, and unfortunately are often played.

Sometimes it feels as if we artists (of many races and backgrounds) suffer from own own version of The White Savior Industrial Complex. Our outreach and our “giving back” are designed with artists staying at the seat of power and program delivery. Everyone must want our arts programming; the problem is simply inequity of access, right?

Sometimes artists want to spread awareness and understanding, which are important. I was speaking to the director of a nearly all-white choir that was learning a song in Arabic. They wanted to do a Syrian song in tribute to “people who’ve lost everything.” Their intentions were good but I could tell from our early conversations that they held a conception of Syrians very much as victims. While in actuality, Syrians in Chicago could be their consultants, experts, partners, collaborators and leaders.

Even though many of the recently-resettled Syrians I know in Chicago are dealing with traumas from war and bureaucratic hell, and working below minimum wage, they don’t want people’s charity. Most are Muslim and give zakāt (2.5% of their own income) to “those less fortunate” in America and family back in the Middle East or Europe. They want opportunity. They want to learn. They want to contribute and thrive.

But they need support, and time. They need to translate their skills. They need a little space as well as some opportunities for happiness during the struggles. In our program, refugee students and their siblings/parents help with costumes, carpools, translation, organizing and much more. As one Syrian refugee mother told me, “We just need help catching up.” They shouldn’t have to do that in isolation or insularity.  In today’s America, we certainly need each other. That’s one reason I go to every birthday party I’m invited to in their homes. Good friends are good friends. Good neighbors are good neighbors.

At first, me (a white American lady) offering a Western dance class (tap, jazz, ballet, contemporary) to Syrian refugees seemed absurd and counter to everything I’ve written here. Shouldn’t it be a Syrian cultural dance being taught by a Syrian? Turns out, when I listened to the refugee families and observed their behaviors, I noticed that while they had a robust system of support and cultural celebration within the Syrian-American community, they had little to no positive interaction with groups different from them, even refugees of different nationalities. They never met their Orthodox Jewish neighbors, who all attend private schools and live a very insular life. I noticed neighbors avoiding eye contact. Distrust is big around here. The refugee families told me they wanted their children to have this dance class as an opportunity for joy, confidence, knowledge, skills, English practice and new friends. I soon realized they wanted those same things for themselves and are gaining much from the magic of what happens in the lobby. When I gave them a choice of dance forms for this semester, they chose ballet and jazz. It’s a start.

The program is made possible by partner organizations/case managers and volunteers, including a dance therapist and two teen apprentice teachers (one is a refugee herself) who are getting school credit. Eventually, the goal would be for more dance forms to be valued and shared, and for at least 50% of the faculty/artists to be from the refugee community — if that’s something they decided they wanted.

Co-support is key. When I collaborated on the Flint, MI site for Global Water Dances 2017, it was an honor that the project was eventually led by local artists and educators. I am from Mid-Michigan and have connections there, but I am not a Flint resident. I did not experience the water crisis first hand. Yet, there was definitely a contribution for me to make: to make something great happen. I was a catalyst and a support for the project. They clearly said they no longer wanted to be anybody’s victims. They took the leadership while I made connections and filled gaps. After some reflection, I realized that the fact that I only did little on the day of the event is, for me, a huge mark of success as a social practice artist.

I usually don’t focus on my role so much, but I’ve been thinking a lot about the role of an artist as a citizen, just like the sanitation worker or the physician of a community. What can we do as artists? Here are ten ideas.

I have much to learn. And I am not yet living up to the standards I set for myself as a social practice artist. But I’m trying. Writing this post is part of that effort. Those are my ramblings for this evening. Tomorrow I’m taking a day off.

How Can We Get From #IDidntReport to Critical Social Change?

Why You Shouldn’t Do An “Insane” Dance for Halloween