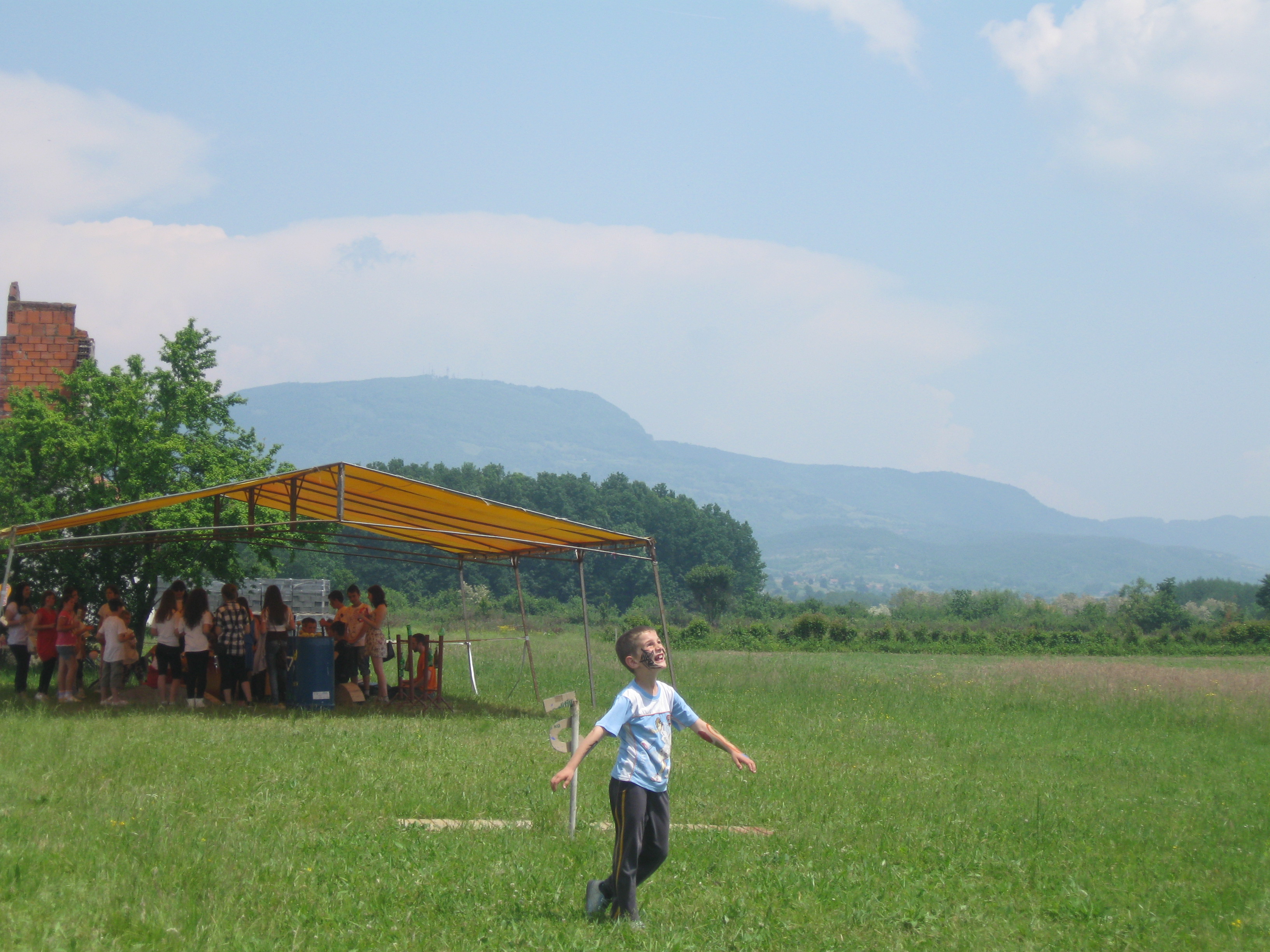 A student of mine dancing in the former war fields of Northwest Bosnia.

Dancing in the Fields of Bosnia 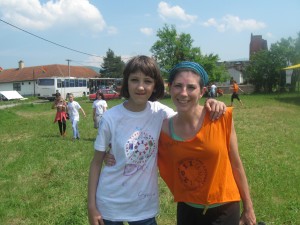 As published in Millikin Quarterly: 11 October 2011

Most theatre practitioners would leap at the opportunity to teach children dance, but very few would travel to the Most Mira “Bridge of Peace” Youth Arts Festival in Kevljani, Bosnia, to do so. Enter Shawn Lent, armed only with a Bosnian vocabulary consisting of eight words, yet still prepared with what she calls “the importance of creativity and hope.”

Lent was handpicked through contacts in the United Nations to teach children of an eclectic mix of cultures in this former warzone, where less than 20 years ago the Serbian military killed 300 innocents and tore apart the lives of hundreds of Bosniaks and Croats in the nearby death camp at Omarska during the Bosnian War. “In the third year of the festival, there is a little spot of joy,” Lent says, “but it still feels like the genocide was yesterday.”

Indeed, Kevljani continues to run into trouble coping with the atrocities of the past. “It just dawned on me as the parents arrived that the war isn’t that far removed, and it’s the parents’ generation.” The festival surrounds an empty and rarely used  community center that is so far failing in its purpose to bring the village together. The locks have recently been changed and the Serbs have built their own community center. The wounds of war are hard to forget.

In three-hour dance workshops held daily for different age groups, she introduced the children, teens and young adults to everything from ballet to break dancing. “In that culture, dance is used as a way to solidify your identity, along with music and costumes,” Lent says, “so it was kind of nice for the children to have the freedom of not doing their cultural dances.”

Although the children did grow together as a community as a result of the dances, Lent admits to seeing “some bullying” among them, but notes: “It was actually comforting to see typical kid banter and not nationalistic quarrels.” After a while Lent was no longer conscious of who was from what school. It ceased to matter. The cultural tension in Kevljani will not end overnight, but there is hope in the children who have fostered unity through their exploration of dance.

Lent’s passion for the community arts is ultimately what brought her to Bosnia, and according to her, that passion is “something that could only have been fostered at Millikin University.” While speaking at Millikin last year, she reflected on her time at her alma mater “doing sort of weird yet creative things. There’s a lot of taking risks and a range of experiences.”

As an undergraduate, she found that “you can really grow into yourself at Millikin,” and she did so through the help of friends and mentors like Denise Myers, associate professor of theatre and dance, who Lent compares to “a second mother” who “was always challenging you.” Myers gave Lent the push she needed to choreograph the annual children’s show, turning it into a musical theatre extravaganza complete with dancing and a choir.

After graduating from Millikin, Lent moved to an all-Muslim neighborhood in London in 2001, where she was flourishing as a youth worker and dance critic. She also was involved in the community arts which, she later discovered, was an actual field she could study.

Lent then returned to Chicago and earned her master’s degree, leading her to new heights in the British Counsel Transatlantic Network 2020 and the United Nations Alliance of Civilizations International Fellowship. The fellowship brought her to the “Bridge of Peace” festival, where she has had the opportunity to use her talent to bring a community together on a grander scale. “It’s a continuation of the dream. I was in the dance field, a great career at Millikin, but it was too insular for me. I found my dream later,” says Lent. “It was having a place for dance outside of theatre.”