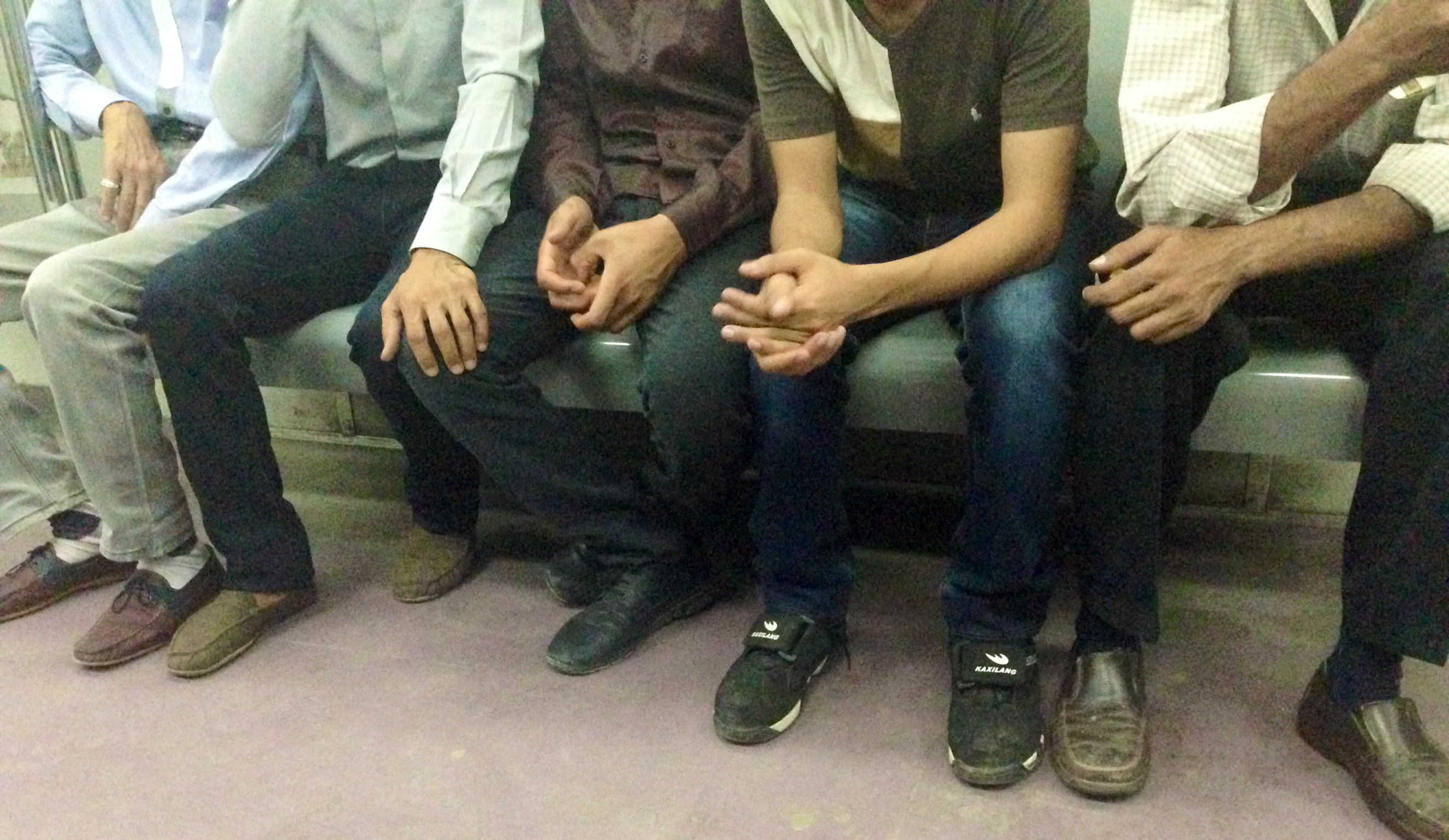 Can Artists Wear Shorts, Help Gazans and Stop a Missile?

The world just lost a contingent of its top AIDS/HIV researchers. In seconds. A passenger plane brought down by a missile and deadly intent by a “pro-NAME THE CAUSE” group. The world also lost Gazan children this week. Hundreds of our Nigerian children remain lost, as we have not brought home our girls. Egyptians disappear into a deadly prison system, sentenced to death in mass. Over 80 humans in Chicago were shot Fourth of July weekend.

I see in my mind an image of the globe, with souls leaving the surface. We are losing each other. Not because of disease in these cases, but because of divisions and perceived defense of one’s right to be oneself.

Our loss. Our shared, devastating loss.

And in the midst of tragedy, I am thinking about both loss and shorts.

Cultural sensitivity fatigue. After two years here in Egypt, that’s the stage I am facing. I really want to wear shorts. Be in my comfort zone. Riding a bike, riding in the co-ed (predominantly men) car of the Metro, walking around town comfortable without leers or judgement or cat calls or raised eyebrows. I don’t want to cause a stir; I just want to wear what I want. But no. It’s not possible. As a grown woman in the neighborhoods I go here, shorts are so wrong. 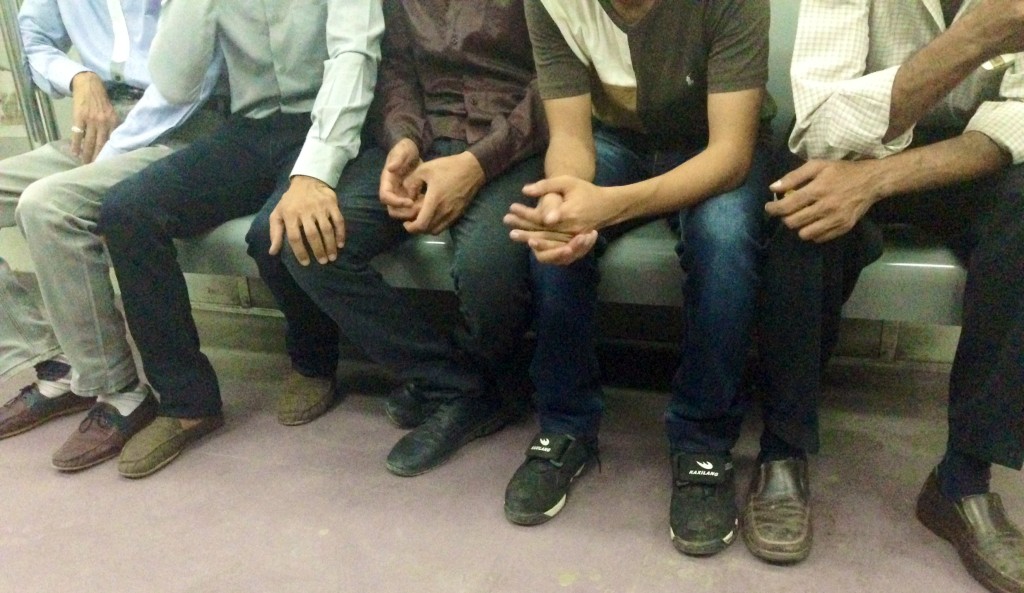 My view of the co-ed car on the Cairo Metro.

Yes, I am a woman. Lady. Female. Everyday in Cairo, I am reminded of this fact. Awareness of one’s gender is strong and constant here. Signs abound saying “Ladies.” Gender dictates what one wears, where they stand on the Metro, how they travel. Even when I went to get a work permit, they wanted my husband to come as well with his ID. If I wear shorts, can I ever be seen as a role model of an independent woman and artist? Or is it just complete cultural insensitivity, especially during Ramadan, with conservative in-laws, as a person whose salary is funded by the U.S. State Department?

Is wearing shorts being oppressed, bowing to male-dominated American pressures of beauty? Would wearing shorts be a symptom of ethnocentrism, seeing my culture as more right than another’s? I might as well go to work wearing Post-its like the Office Flirt Lingerie Set now on sale for $19 on GroupOn.

I do feel more comfortable, sexy, confident, and myself when I’m wearing shorts. 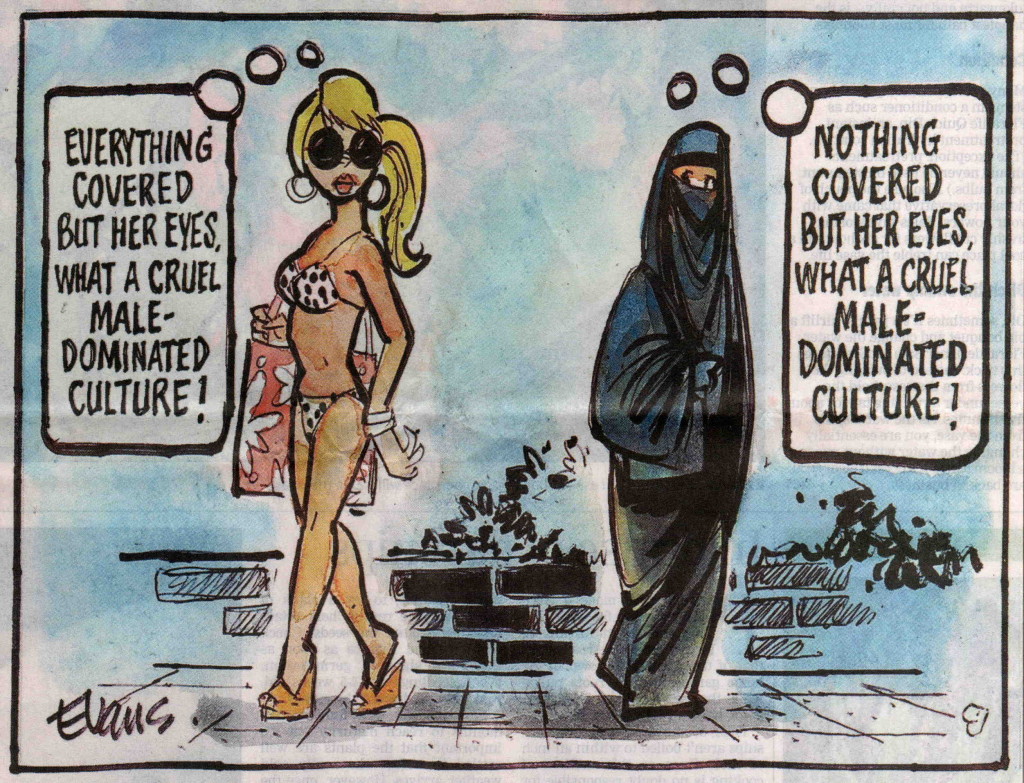 Thinking about shorts and Post-it lingerie at a time like this? There are crises around our world. We are killing each other.

Although trivial on the scale of life and death, the matters are connected in one aspect, being oneself in a co-mingled world of differences.  Factions and flags. If I feel in heart that something is right and I feel confident to do something about it, I should. And I should be the artist I am.

As artists we have signed on to explore and ask questions, of ourselves and others. We did not sign on to propaganda and proving theories. We should make art with the children of Hamas, the children of Zionists, the future recruits of terrorists, the future missile launchers, Israeli settlers, the refugees, the military, the religious leaders, the future and current journalists and politicians, alike.

Like my friend Kevin Koval who questions What Will I Tell My Jewish Kids.

I have two friends that are Gazans and confined to that strip of the holy land. I also have friends who are Orthodox Jewish and Pro-Israel. I have two close friends that are American-Israeli citizens. I have friends in Bethlehem (Palestinian Christian) who have applied to the israeli government for decades for the chance to make the short trip to the holy sites in Jerusalem and received it only once with a 30-day limit. I have Kosovan, French, and Israeli friends asking me if Egypt is safe to visit.

Rep. Tom Cole (R) Oklahoma of the Defense Appropriations Committee is on my TV saying Israeli citizens have a right to defend themselves. Israeli governmental official is now on TV saying their objective is peace and quiet. What I see under #GazaUnderAttack is horrifying and unjust. Russians in Ukraine want to be themselves. Serbians in Bosnia want to be themselves. Albanians and Azerbaijanis want justice. Texans want to carry their guns.

Egyptians wanted Bread, Freedom and Social Justice. Now they have handed those back, instead asking for stability, prosperity, and the dependability of status quo.

This post is all over the place. Schizophrenic. Not focused or one-sided. Without fact-finding or truth-seeking. Motivated by loss. Encouraged by empowerment and vision.

Exactly as it should be.

Exactly as artists could help the world these days.