Am I A Dancer Who Gave Up? A Follow-Up

So I have this here website. The URL is simply my name because I had to setup a portfolio site back in 2006 as part of a masters thesis project grant requirement. The site had been up with the same content for seven years (embarrassingly) before I revamped it prior to heading off to Egypt last summer. The Fulbright Commission highly promotes blogging, so I thought I would give it a go even though I’m not trained or practiced as a writer.

And I have been chronicling my experiences here this past year on a personal level. When big things happen in Cairo, and blogger friends are kind enough to share a link, my posts have reached an impressive 1,800 readers. That has happened twice.

But something strange started happening with my last post. I watched the number of hits surge past 5,000 with scary speed. And these weren’t just shares by friends and family. Am I A Dance Who Gave Up? has now been read by 78,000+; received 22.2K likes; was picked-up by Huffington Post and was the featured blog post on Huffington Post Arts, crazy enough, thus reaching a bare minimum of 47K more; reposted by Regional Dance America, Answers4Dancers, Association of Teaching Artists, and from both former professors and former students; shared over and over on Twitter, Facebook, and Pinterest; and was commented on by 90+ people (all but 3 were positive). In addition, I was the recipient of 37 beautiful and passionate e-mails from strangers, some sharing their own stories, some inviting me to a conversation or project.

Viral. If even a bit. Wild.

You can understand why I am absolutely floored. This post wasn’t about a experience in Egypt: this wasn’t a story about cancer. It was nothing completely new, it was not a manifesto or even a completely thought-out argument of any kind. It was a personal exploration of professional identity.

But what is so powerful is that this massive and passionate response isn’t about me. My sharing of my story kicked open a lil something in the world. My friend Liz articulated it best,

“There is something big here that you’ve uncovered, something that clearly resonates with tens of thousands of people who want something more from their art.”

Messages are coming in from artists ages 16 to 78, from Spain to Iraq to Bosnia, from musicians to dancer/urban planners, from military veteran artists, and from recent arts graduates and their parents. Even Liz Lerman herself. Some people found the post inspiring and comforting. Some people are stopping to reflect on their own definitions and stories.

One person asked me to do a follow-up post about “that crucial moment when things changed.” The reader went on to tell me, “I find it daunting now to know which steps to take, what organizations to contact, how to learn.”

So I thought I should definitely respond to his request. Starting with this…

Realization One: Take risks and get off campus

There was a senior choreographer at Millikin when I was a freshman. Instead of auditioning a piece for the semi-annual dance concert on campus, he rented out the downtown theater and produced his own evening-length dance show covering subjects from rape to war. His name is Chad. And he was the cool artist, social entrepreneur before I even knew what that was.

On September 11, 2001, I was in to Day Two of my experience living and volunteering as a youth arts worker with young offenders in a predominantly Muslim community in East London. The only American around. I realized pretty quickly that religion and foreign policy matter. I must dance with people, their whole selves and identities, not just the dancer parts.

Realization Three: There is an actual field

Community Arts, Arts Integration, Teaching Artistry, Youth Arts Development, Citizen Artists, the Informal Arts, Cultural Diplomacy, Dance and Movement Therapy… they exist. And there are conferences, journals, courses, books and people available who have been doing this for decades, all around the world. Since Hull House. I just had to look.

Realization Four: I’m tired of talking to and dancing with dance people

In a one-month span, I went to a dance conference in Milwaukee and a dance competition outside of Chicago. I found myself skipping sessions at both and pretending to have a headache so that I didn’t have to talk to anymore dance people. Dance people are great: I am one of them. But when we get together, I find the conversations excruciating. Picking apart some detail of ticket sales or outreach or technique or evaluation. How to keep rich folk and philanthropists happy. I get geeked by some of these concepts, but having the same conversation on loop… no thanks. And I was pretty sure the audience was stuck on the same set of faces.

At the same time I started to meet cool non-dance people through personal circumstances and networking. Kids and families who face childhood cancer are some of the most amazing people you will ever meet. I have a new friend who survived a concentration camp and torture in northwest Bosnia. He went on to start an arts camp for children and to produce a film. I have Egyptian artist friends who launched a sit-in at the Ministry of Culture. I have the honor of being friends with The Violence Interrupters, the youngest member of the European Parliament, journalists in Palestine and Syria, pediatric oncologists and climate change researchers. These were the conversations that started bring life to my life. And when I spoke to these new friends, I needed a better answer to the question, “So what do you do?” And I needed to build and join more tables. 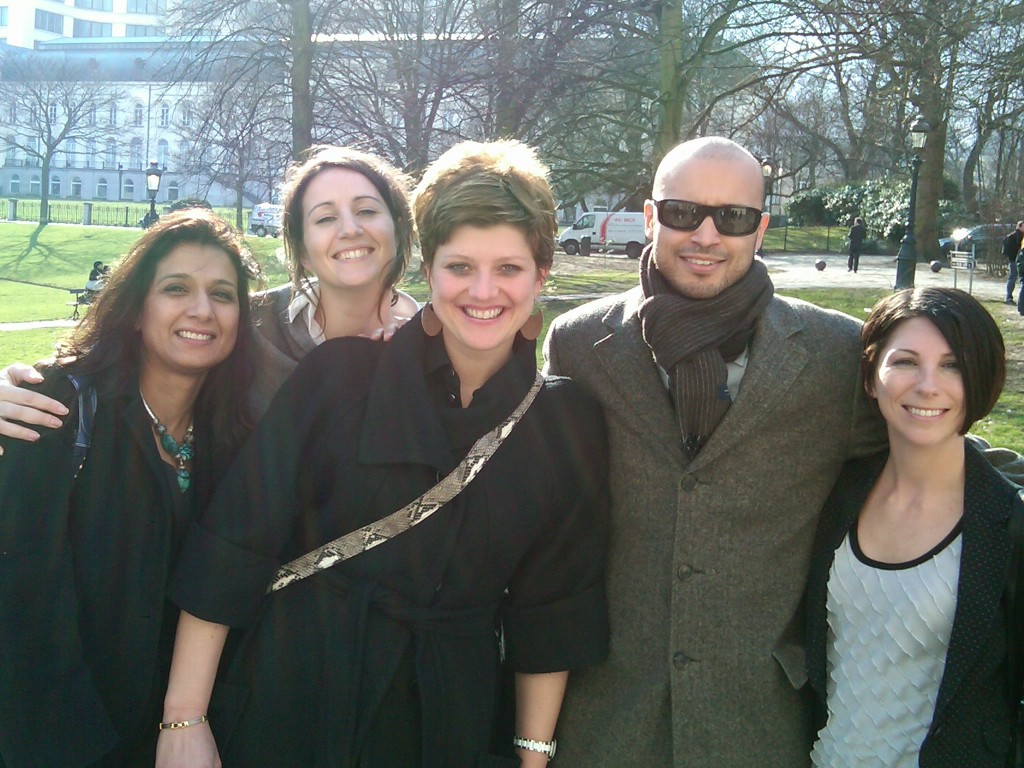 Myself and a few fellow members of the British Council’s TN2020 during the SDA/NATO Conference in Brussels on the role of culture in conflict prevention.

Realization Five: Kids face cancer, genocide, dangerous streets, revolutions, and things I couldn’t imagine; People die but before that, they live; and Dancing means so much to them all 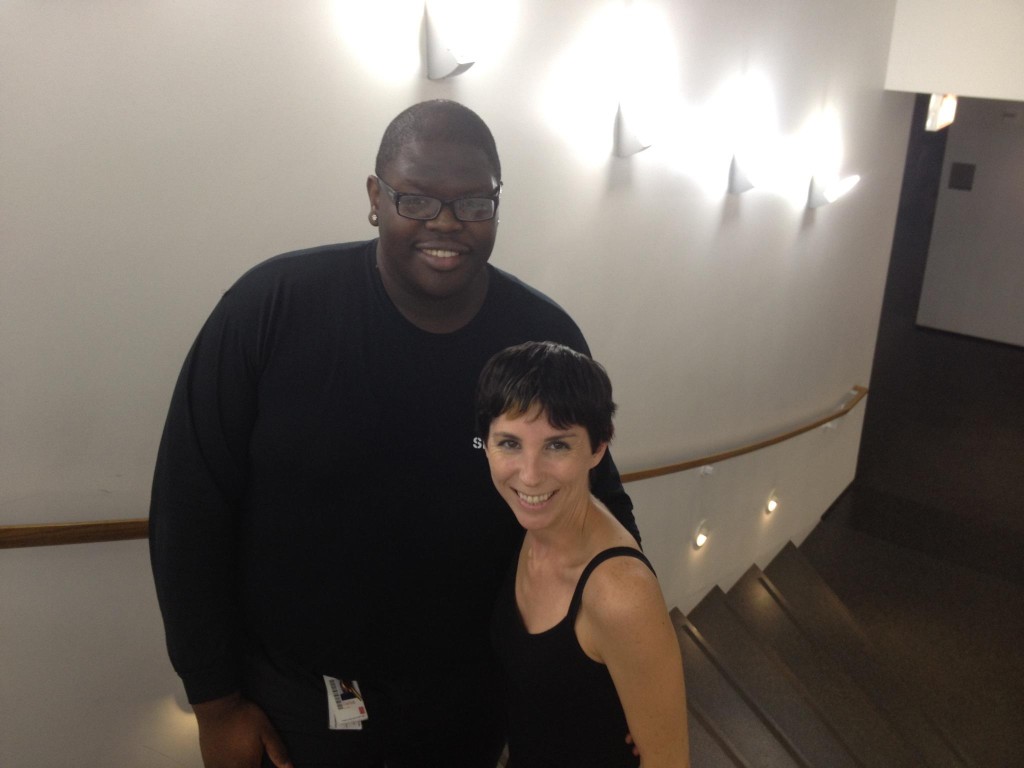 One of my former dance students in Chicago, now an employee of the Museum of Contemporary Art. He’s a brilliant dancer and an inspiration to me. 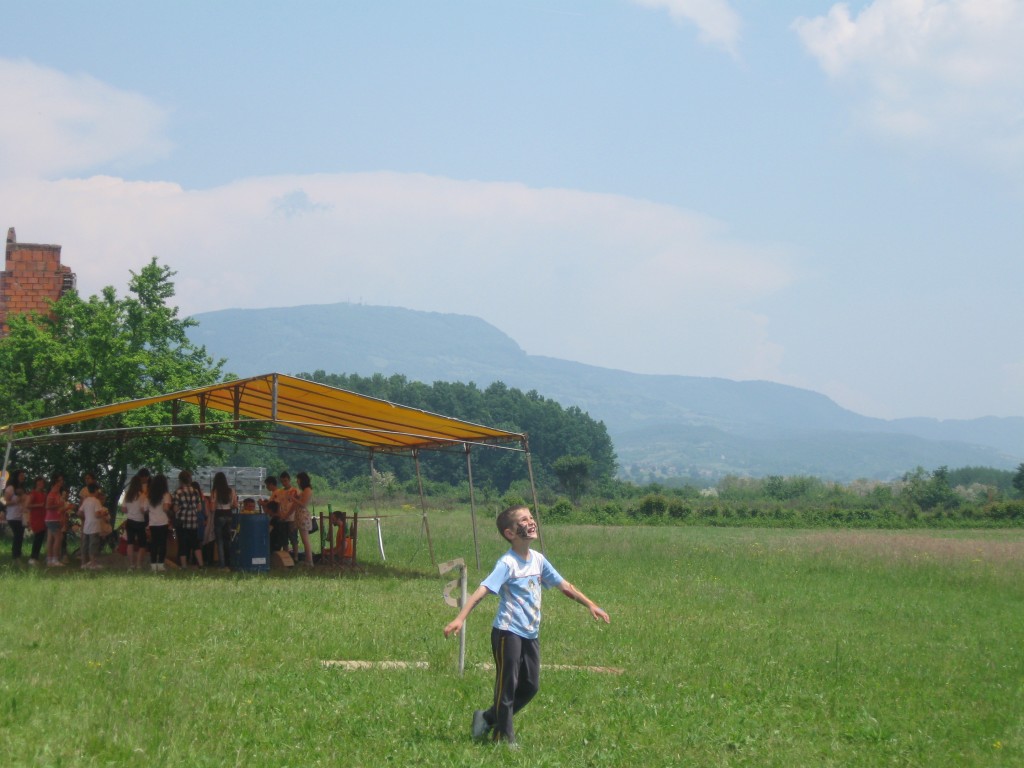 A student of mine dancing in the former war fields of Northwest Bosnia during the Most Mira festival. 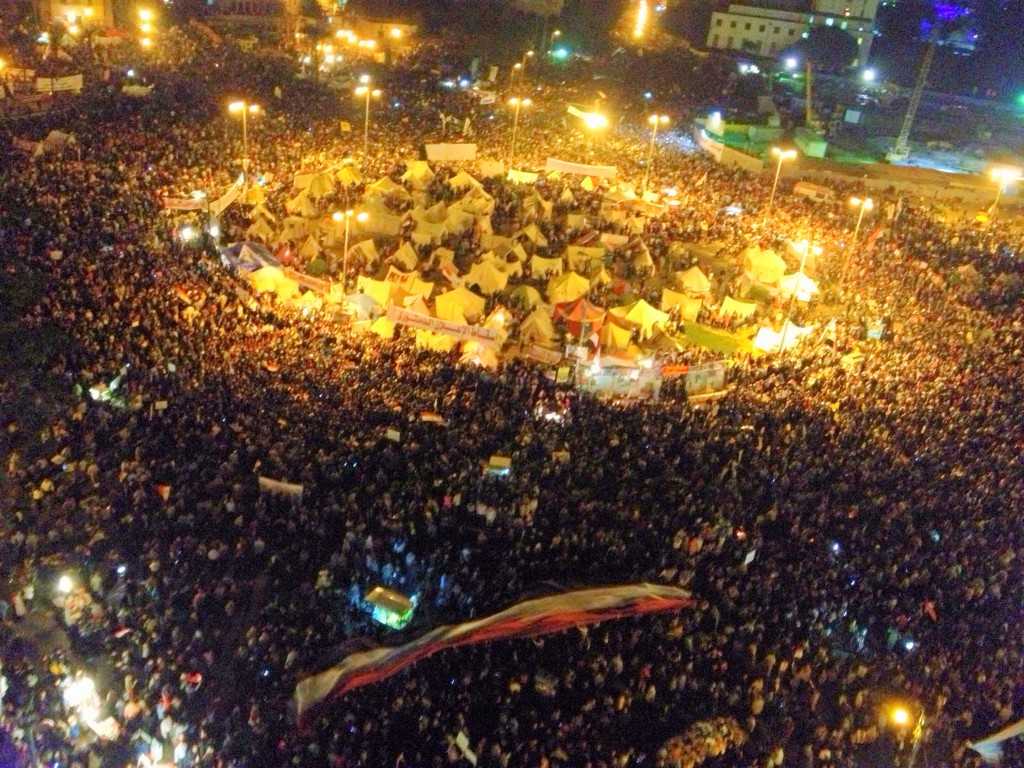 My view of the power of Tahrir Square. Cairo, Egypt. November 2012. [Artists as Catalysts]

When it comes to resources and places to start, the list is exhaustive. But I think the best service I could do at this point would be to share some of the organizations and projects that have reached out to me because of this blog post:

Exit 12 Dance Company Through movement, they educate audiences about the reality of war, advocate diversity and mutual understanding through cultural exchange, and champion the humanity and dignity of all persons.

ASTEP- Artists Striving to End Poverty is a networking force for artists to use their gifts working with children in extreme situations. Working in NYC with refugee kids, Florida with migrant kids, Africa with HIV affected kids, India with kids from the slums and lowest caste, and Ecuador for extremely poor kids. They just started a partnership this year with The Hole In The Wall Gang Camp with kids who are facing life threatening illnesses.

Genesis Sarajevo Dance Theatre has a mission to spread dance & artistic opportunities throughout the world with a more specific focus on post-conflict and developing countries/regions.  Their work has been focused on Bosnia and Herzegovina and this year they have an opportunity to expand to Cambodia, so we hope this is a reality in our near future.

UW Study of Learning in Embodied and Artistic Disciplines

Yes, You Can Dance! is a vehicle to share the joys and benefits of dancing with others.  They run a ballroom dance program for Special Needs students, provide dance opportunities for Senior Citizens and support a Dance for PD in Pittsburgh.

Center for Creative Placemaking provides expertise on how to utilize the arts and culture as tools for community, social and economic development.

Thank you to those of you with dreams you don’t give up on, but rather allow to get bigger. The tens of thousands of us who want more from our art.