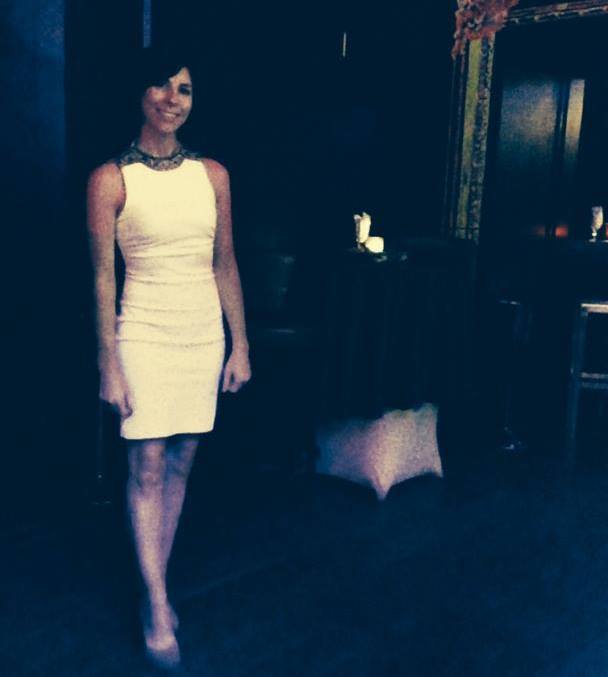 2 Winter Solstices Ago, I Married a Muslim

On December 21, 2013, after a year and a half of the most naturally-developing romantic and companionate relationship in my life, the fella and I performed the rituals of marriage in our own way. We exchanged rings and made original vows in private. Then I put on a white dress I had found at Zara for $40. And when I stepped out into the living room, his face lit up in love. 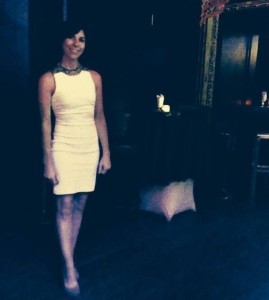 He wore dark jeans and t-shirt that we had “I will” printed on the sleeve. We gathered with friends at a local Cairo club to pronounce and celebrate this love, joy and commitment. He pretended to go off to the restroom while a mutual friend pulled me onto the dancefloor. The music stopped as the crowd mysteriously parted. And there stood my new husband smiling. Our buddy, DJ Freedo, nodded and put a needle on “our song.” We danced our first dance. A few weeks later on 1/1/2014 we went to the Foreign Ministry building to officially sign up to our life together, after months on bi-national bureaucracy. The new adventure began. 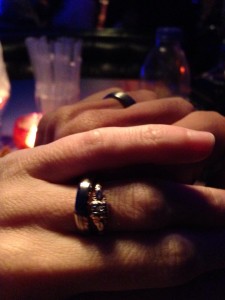 Then a few months ago, in Cairo, the small diamond fell out of the tiny Depression-era ring I wear which belonged to my late grandmother. I never found that diamond and haven’t been able to afford a replacement. But I say the hole left is filled with love.

Last year on our first anniversary (which is paper), we were visiting my family in Michigan and my parents toilet-papered our hallway. They are a funny duo. Back on June 21, 1978, I was born as the only child of that funny duo. In terms of daylight, I should thank my parents because I have the longest birthday in the calendar, the most hours to celebrate, more hours for cake.

Solstices are good. Change is good. All I want from my life is love and the unexpected. I adore seasons, as they bring change throughout each year. I dearly missed the four seasons while living in Egypt. In Cairo, the length of daylight in a day varied little while here in Chicago, the variance is stark. Winter days here are very dark days.  December 21st signifies that only more light is to come.

Solstices are also a moment to pause, to stand still. “The word solstice is derived from the Latin sol (sun) and sistere (to stand still), because at the solstices, the sun stands still in declination; that is, the seasonal movement of the sun’s path (as seen from Earth) comes to a stop before reversing direction.” (Wikipedia)

On December 21, 1990, a friend started a Chicago tradition. Michael Zerang, along with Hamid Drake, decided to put on a 6:00 AM percussion concert welcoming the winter solstice, the shift, the standing still. For 25 years, the Winter Solstice Concerts have been a Chi-town tradition. 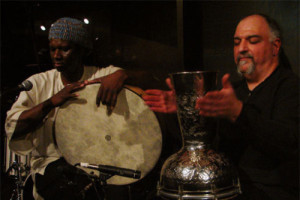 I know of no better way to celebrate the fella and I’s 2nd anniversary. And I urge you to get your tickets if you are in town! This year, Michael and Hamid have an expanded program due to their silver anniversary.

This year, the fella and I are celebrating our own cotton anniversary. And it is amidst an environment of anti-Islamic rhetoric and acts in the United States of America, whose founders decided that the very first part of the very first amendment in the Bill of Rights would be freedom of religion. It is only in this 2015 political backdrop do I use the term Muslim for my husband. He is profoundly more. It actually made me a little sick to my stomach to write the title for this post.

It is only amongst this ugly swirl right now do I even think an ounce about my husband’s religion being different from my own. I married a Middle-Eastern Muslim man, yes, and we pray to the same God. Even if we didn’t, we hold dear to one another and do our best in the world. The cultural and religious Muslims in our shared planet (from Detroit to Jakarta) offer so much. Our Arab and Middle-Eastern neighbors are closer than some of us might think in a number of ways, and they are of a multitude of faiths and they are dear. So much talent and heart. I often find myself ashamed of my fellow Americans lately. I am embarrassed and saddened by the divisiveness. We share a world and cannot continue to build walls for defense or walls for peace. These walls are constructed with ignorance and vengeance. For example, refugees (from Syria or elsewhere) had nothing to do with the terrorism in Colorado Springs, Roseburg, Charleston, Isla Vista, Newton, Brookfield, Minneapolis, Oak Creek, Aurora, Oakland, Seal Beach, Tucson, Manchester, Bighamton, San Bernadino, Columbine…. Ugh. I cannot go down into such darkness.

Thank God there is a coming solstice on Monday, a standing still, more light. And then for the first time in a long time, Prophet Muhammad (PBUH) and Lord Jesus Christ/Prophet Isa will share birthdays. With a full moon! Let us celebrate Christmas and Mawlid-al-Nabi together and lean toward the joy, inviting cultural and practicing Jews, Sikhs, Hindus, Shintos, Buddhists, Jains, Baha’is, Agnostics, Atheists, Non-realists, and Non-religious friends to the party. Let us open our ears to one another and learn before we preach. Create trust before we collect arsenals to protect our families. We must simultaneously be of faith and beyond faith.

Later this year or next, the fella and I hope to have a full wedding here in the U.S. and bring my family and his together for the first time for the ceremony. I sure hope they can get visas.

“I Am Who You Have Been Waiting For.”